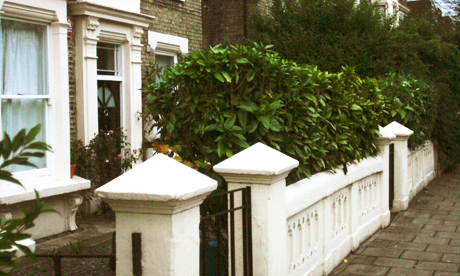 With more synagogues in a square mile than the rest of the London combined, Stamford Hill is famously home to Europe’s largest Hasidic community, members of an ultra-Orthodox Jewish sect, distinguishable by their 18th century Eastern European attire.

But this elevated strip on the northern tip of Hackney has more than one string to its bow. Renowned since the 18th century for its large and spacious houses, it boasts a range of Victorian and Edwardian terraces alongside remnants of large family estates, which previously housed dignitaries such as Sir Moses Montefiore.

Hasidim tend to have large families, so the property market is somewhat overcrowded, but with Stoke Newington to the south, the new Woodberry Park developments to the west, and the rapidly transforming Clapton to the east, Stamford Hill is in a prime location, and is considered by many of its residents to be Hackney’s best kept secret.

Most of the local points of interest are connected to the Hasidic community, including the famous Grodzinski bakery on Clapton Common, which has been run by the same Jewish family since 1888. Try the freshly baked challas, traditional braided bread, on a Friday. Diagonally opposite is Carmel Superstore, offering the largest array of kosher goods in the area.

There are few green spaces within Stamford Hill itself, but it is bordered by the expansive Springfield Park to the east and Clissold Park to the south-west, which in addition to smaller green areas such as Clapton Common, provide plenty of outdoor options.

When it comes to schooling, Stamford Hill punches above its weight. The school Alfred Hitchcock went to may no longer be around, but Springfield Community Primary School, in the tree-lined Castlewood Road, has – in the words of its Ofsted report – gone from ‘strength to strength’, and is classified an ‘outstanding school’. Simon Marks, a Jewish primary school close to Stoke Newington, is another excellent option.

Closer to the Seven Sisters end of Stamford Hill, Gladesmore Community School, which backs on to Gladesmore Park, has retained its ‘outstanding’ status for several years, and is always at the forefront of local projects. Our Lady’s Convent Roman Catholic High School, which has recently moved back into spanking new premises on Amhurst Park, and Yesodey Hatorah, a Jewish girls’ school which boasts outstanding results, are two of the best voluntary-aided faith schools in the area.

Buses are the primary mode of public transport, as there are no local underground stations, although Seven Sisters and Manor House are both easily reachable from the cross section of Stamford Hill and Clapton Common.

Above ground, trains from Stamford Hill get you to London Liverpool Street in under 20 minutes and the line is also a convenient mode of getting to other areas of Hackney.

Lying as it does on the top end of the increasingly crowded Kingsland Road, it is only a matter of time before Stamford Hill regains its status as the most desirable place in Hackney. If you are thinking of moving, don’t wait too long.