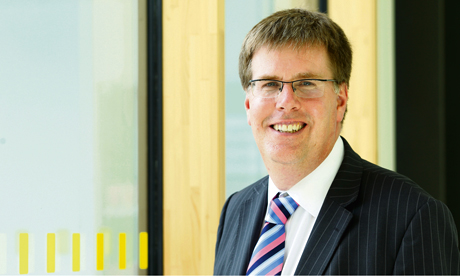 As two of Hackney’s new free schools kick-start their recruitment drive for September 2013, fresh demands for democratic accountability are being made.

Hackney New School will be a ‘mainstream music-focussed’ secondary school, with plans for an 11-hour day. The school’s founder, Philippa De’Ath, said: “There still aren’t enough excellent school places and that is very strongly echoed by parents. There is definitely a need for a smaller school with more of a focus on the individual.”

Meanwhile, the Stem Academy is targeted at 16 to 19-year-olds with aspirations in science, technology, engineering and maths (STEM subjects) and places emphasis on apprenticeships on Old Street’s ‘Silicon Roundabout’.

The programme director, Dennis Quilter, said: “There’s insufficient education in the economy that enhances people’s knowledge of skills in [STEM] areas.  We have a critical shortage of home grown scientists and engineers in the UK.”

In October last year, the Mayor of London, Boris Johnson, who has no formal powers over education, announced plans for a London-wide tier of control with a dedicated unit at City Hall called ‘new schools for London’ to secure new sites for free schools, along with the ‘London curriculum’ to promote teaching excellence and tackle underperformance.

London Councils, a cross-party organisation chaired by the mayor of Hackney, Jules Pipe, has demanded that rather than power at a centralised level, “the essential role of local councils” must be recognised.

It is a view echoed by many councillors and teachers alike, who believe the new school model is potentially damaging to a flourishing educational environment.

Green party London Assembly  Member Darren Johnson said: “Instead of appointing himself as a free schools tsar, Boris Johnson should recognise that schools perform most effectively when they are accountable to local authorities and are firmly rooted in local communities.”

Mr Johnson called it a “hit and miss approach”, saying: “Well-established London schools are in danger of being sidelined and starved of funds by the Mayor’s decision to throw money at untested start ups.”

Richard Brown, headteacher of Urswick School, expressed concern that lack of local accountability could lead to free schools and their students floundering: “Schools in Hackney have a safety net, if things go wrong then there is the council’s Hackney Learning Trust to help that school to improve,” he said.

“Who is meant to support free schools, which have set themselves up as a completely independent model? If it all goes wrong, it is going to go wrong badly and it is going to affect a particular group of children, which I don’t think is fair.”

Some of the rationale behind the openings is to satisfy predicted shortfall of school places.  London Councils has estimated that there will be a shortage of 90,000 places in London by 2015.

Henry Stuart, one of the founders of the Local Schools Network – a campaigning group for local state schools – said that Hackney New School in particular would not meet a need in the area.

He said: “I understand the school is to be in either De Beauvoir or Dalston. Both are within walking distance of around six good or outstanding secondary schools.

“There are two gaps in provision in Hackney.  The first, in the south-east of the borough, will be met by the second Mossbourne School in 2014.  The second is in the north-east. Any school genuinely seeking to meet the need would set up there.”

But Hackney New School believes it will provide an important addition. Ms De’Ath said they were motivated to launch the school after reading that 15 per cent of children go to secondary school outside of the borough. She said: “I’ve been amazed at how far away people go to school. I think that we can keep some of those kids in Hackney and thus improve all of the good social stuff around us.”

Mr Brown argued: “There is almost a total parity of children coming in as well as out of the borough. This is a perfect example of taking a statistic and pretending that there is a problem where there isn’t.

“If you think about the geography of inner London, boroughs are very close to each other so you will always get some students who go out of Hackney to be educated.  That is not about there not being decent schools in Hackney, that’s about where they happen to live.”