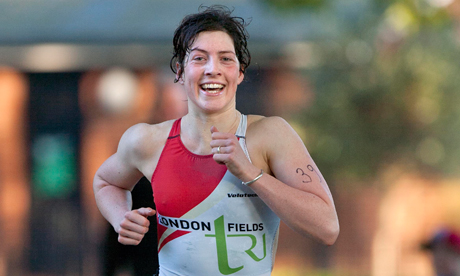 Olympic fever sparked a record turnout at an aquathlon race in London Fields earlier this month.

London Fields Triathlon Club held their fifth aquathlon on Sunday 7October, consisting of a 400m outdoor swim in London Fields Lido followed by a 5k run around the area.

It was their most popular aquathlon yet, with over 150 adults and children competing.

Athletes from across the capital took part in the race which was last year awarded an event Starmark by the British Triathlon Federation, meaning it is now part of the prestigious London League series of races.

The event was won by Danny Russell in the men’s race while Ellen Greaves was victorious in the women’s race.

“I’m really pleased to bring the shield home for the hard working coaches.”

Chairman of London Fields Triathlon Club, Chris Skinner, was pleased with the outcome. He said: “We are delighted to be part of the London League and seeing a home-grown triathlete win her race was a real thrill.”

The next London Fields Aquathlon takes place next spring.