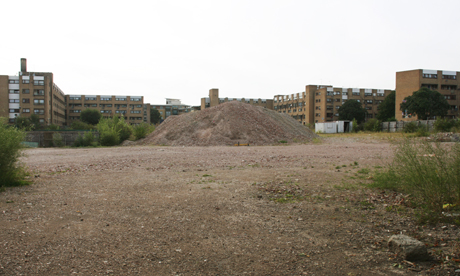 With the close of the Olympic and Paralympic Games only a few weeks away, speculation about the legacy of the £9bn summer sporting event is beginning to hot up.

The promise of jobs is looking harder and harder to keep (see this Diary, Day 13), and those jobs that do arrive in the borough following the Games are likely to be high-tech positions ill-suited to the skills of most local people.

What about the housing legacy?

Hackney has a housing waiting list of approximately 12,000, and we were promised that the borough would benefit from much-needed accommodation for local people in the converted Olympic Park.

Recent figures put about by Games nabobs such as Seb Coe initially appear to give cause for hope: thousands of new homes will be created in East London following the Games.

But when we break these figures down, it is less clear there will be much to be had for those Hackney residents most in need.

So far there are only plans for 675 social rented flats in the converted Olympic Park. Of these, most will be for Newham residents. The remaining 107 flats will be divided between the boroughs of Barking and Dagenham, Havering, Redbridge, Tower Hamlets, Waltham Forest and Hackney.

“No idea why no major party is willing to do something fundamental about housing, there’s 1,000s of votes to be had.” @grantshapps #comment