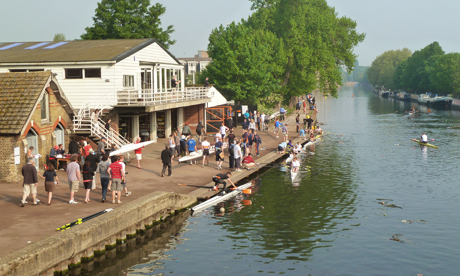 Lea Rowing Club is to open for the evening on Saturday 28 July to broadcast the opening day of this summer’s Olympic Games rowing.

The evening will also mark the end of the competitive year for the Lea rowers, and all guests – rowers and non-rowers – will be welcome to watch the event and other rowing footage.

“There is excitement in the rowing club about the Olympics, as there is everywhere at the moment,” said Mary Finlay, the event’s organiser. “Although the rowing events will be held at Eton Dorney in Windsor, quite a few people from our club are volunteering there, and we’re all really looking forward to it.”

Though the presence of the Olympic Games in East London means large stretches of the river will be closed off later this month, Ms Finlay insists the club is embracing the occasion fully.

“It’s going to be a very busy time here, and will bring loads of people to the area and there will be a lot of corporate boats in the river. We normally row down to the Olympic site, and that’s going to be closed off – at a certain point before the waterworks – from early July,” she said.

“Luckily, though, our big events for the year usually end in late June and so we’ll all be nice and relaxed by the Olympics. We’ve had quite a successful year and will hopefully have earned a good break.”

With a women’s crew getting to the finals of the Henley Regatta, beaten by just six feet, and another women’s boat winning their category at the head of the river on the Thames, it has been a hectic year for the club.

The club, which is the home of coach and 1976 Olympian Gill Parker (formerly Gill Webb), has also seen a healthy increase in numbers, as people’s interest in sport has grown.

Ms Finlay said: “We have generally noticed quite a lot more interest and a lot more people seem to be coming here.”

Behind this large intake, she says, are the club’s courses, which have run over the past two or three years. This year, from 16 July, the club will welcome 80 new people of all ages to take part in a month-long rowing course.

The club is also excited about the prospect of a possible redevelopment plan to their premises, on the banks of the Lea. They expect to hear from Hackney Council on the matter very shortly.