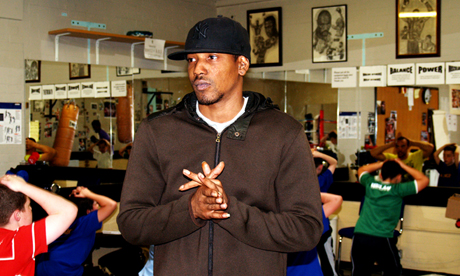 Announcing this year’s budget in March, Hackney’s mayor Jules Pipe spoke of having been left in a “harsh position” by government cuts, but he pledged to protect “frontline services” from the axe. This makes sense: faced with the headlong plunge into austerity, councils are certainly right to seek back office savings instead of cuts to the frontline. No one would argue the reverse. The problem is, what does ‘frontline’ mean?

Take youth services. Dramatic cuts in this area over the past two years suggest such services are not considered essential by the council. Youth services were among biggest casualties in the borough, losing £10m and up to half of all posts.

Outreach work, mentoring and youth clubs have assumed renewed importance in light of the shocking events of last month, and Hackney’s leaders may now be forced to reconsider their approach to them.

Just a week before the start of the violence, young people in neighbouring Haringey, where Tottenham is located, were prescient in their warning that “there will be riots” as a result of the closure of 13 youth centres there. In a documentary video made by the Guardian, one teenager from Wood Green complained that there was “nothing to do”.

It is a familiar refrain. To say youth theatre groups, art projects, music classes and sports tournaments help fill teenagers’ time would be to belittle their achievements. They play a vital role in expanding horizons and making life worth living.

Though the youth service cuts in Hackney were admittedly not as severe as they were in Haringey, this borough has slashed spending on such services over the past two years.

Last year (2010/11) there was an underspend of £5m on youth services. At a scrutiny commission meeting earlier this year councillor Geoff Taylor asked why.

The council’s reply, essentially, was that it was in anticipation of redundancies this year. At national level, young people also face the prospect of cuts to their Education Maintenance Allowance (EMA) and dramatically higher tuition fees for the few who are lucky enough to make it to university, after which they may struggle to find work – let alone rewarding work.

The manager of one business ransacked during the riots told a Citizen reporter: “I don’t think locking them [the rioters] up is going to do much. It will just make them angrier.” Give them something to do, she pleaded. And instead of draining the country’s resources yet further by simply throwing the offenders in the slammer, why not make the rioters clean up their mess or serve society in some other useful way?

Talk of ‘frontline services’ seems vague. What is needed are specifics. When young people are not given priority in the budgetary process, there is a risk that they will establish their own ‘frontline’ on the streets.

Mayor of London Boris Johnson’s announcement of a new £50m fund to help improve high streets damaged in the disturbances was welcomed by his rival for the mayoralty Ken Livingstone as a good start, and it is indeed that.

But repairing the physical damage, installing stronger shop shutters and meting out justice should not obscure the need to tackle youth criminality through less visible means.

In short, give young people something to do and something to care about and they are less likely to have the time or inclination to smash up shops in Mare Street and elsewhere.