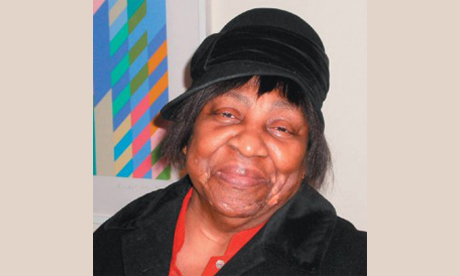 Hettie Peters "was not afraid to speak her mind”.

Hettie Peters, who has died of cancer aged 74, was a forthright advocate for young people who spent decades battling for the corner of Hackney residents whom she believed were being ignored by the borough’s leaders.

Despite health problems – she suffered from diabetes and chronic arthritis – she was an extremely active campaigner who had an eclectic, often eccentric, political career.

She was by turns a member of each of the three main parties; she switched allegiances from the Labour Party to the Liberal Democrats in the late 1990s, stood as an independent candidate for Mayor of Hackney in 2006 and last year made a failed bid to return to the council as a Conservative.

In the wake of the Mark Trotter paedophile scandal, which came to light in 1995, Ms Peters joined the Hackney New Labour Group – a breakaway faction which vied with then council leader John McCafferty’s Labour group for control of the Town Hall.

“Trottergate” as it came to be known, involved allegations that some in the council had sought to cover up child abuse by Mark Trotter, a social services employee and Labour Party activist. Ms Peters was the council’s chair of social services at the time and claimed she had been persecuted after trying to go public about the affair.

Born into an affluent family on the Caribbean island of St Vincent in November 1937, Ms Peters moved to Britain to study nursing. After gaining her qualification, she worked as a midwife at St Thomas’s Southwark, St Mary’s Paddington and Marylebone’s Samaritan Hospital for Women.

She lived close to Marble Arch for many years but relocated to Malvern Road, London Fields, in the early 1990s and was elected as a Labour councillor for Queensbridge ward in 1994.

Crime was a major preoccupation for Ms Peters, and she served on a committee that helped bring local people’s concerns to the attention of the police. During her eye-catching “Hoot for Hettie” 2006 mayoral campaign, she hired a bus which drove around Hackney spreading the message that the police should do more to crack down on “unruliness”.

At a memorial event dedicated to her, which took place at the Queensbridge Sports Centre in Holly Street, friends praised Ms Peters as “generous” and “someone not afraid to speak her mind”. One speaker said: “Although you might not always have agreed with her, she always did what she thought was right.”

Details of her funeral have not yet been announced. She is survived by three siblings who live in Canada.

← Working Against the SystemThe London Open 2011 →