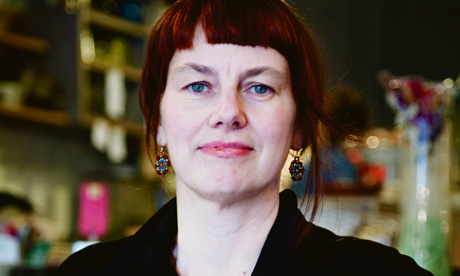 Katharine Tasker's licencing application for her deli and cafe, Lemon Monkey, dragged on for over two years. Photo: Tim Sullivan

It may have a reputation for being affluent and stylish – its charming independent shops attracting visitors from all over London – but Stoke Newington’s small businesses have begun in many cases to feel the support they’re getting from above is anything but high-class.

They’re confused about what the proposed one-way traffic system might mean for them, digging deep after recent increases in street trading rates, and worried that excessive parking restrictions are affecting trade. And now, small businesses in Stoke Newington have spoken out about the deaf ears they fall upon when voicing their queries to Hackney Council.

With a long list of complaints including unanswered emails, lengthy delays when requesting simple information, badly-prepared officers and baffling responses from the council – often in the form of policy numbers – businesses are worried that without more support and clear advice, this pleasant shopping hub will struggle to keep its charm.

Anne Wilkinson from The Tea Rooms on Church Street described the council’s lack of co-operation when she enquired about street trading rules. “We had about a year trying to get from the council information about what you were allowed to use,” she said. “We were always told that they were dealt with by different departments.”

Uncertainty like this can make a real difference to small businesses, and in this case, shops were left confused about whether they should fork out the £100 application fee for a licence – simply because they were not given the right information.

“It’s as if the left hand doesn’t know what the right hand is doing,” said Julian Korosec of GK Locksmith on Church Street. “They’ll say one thing one minute, then something else the next. It’s really difficult to know where you are.” Mr Korosec also says that although Hackney Council is doing a lot of good things, there’s no consistency or logic in many of their actions.

One businesswoman who has felt the effects of the dragging of administrative feet is Katharine Tasker of Lemon Monkey shop and café on Stoke Newington High Street.

In October 2008 Miss Tasker applied for a licence variation so she could extend opening hours and host evening events. Frustratingly, she was given two opposing verdicts and was subsequently thrown into a confused communication between herself, the licensing department and the planning department, which dragged on for over two years. This caused much stress and loss of business momentum, which could have fatally damaged a small business like hers. To cap it all, the end result was that Miss Tasker did not even need to change her licence for what she had originally planned to do.

“We received strained help from our case officer who was seldom available, reluctant to return calls, and uncomfortable in giving clear advice and guidelines,” said Miss Tasker. “It didn’t seem to be very clear, and it certainly didn’t seem to be understood within the context of where we are and where we’re situated and who our customers are.

“I didn’t understand why what I was trying to propose as a business was not seen more as of benefit to the whole community,” said Miss Tasker, who added that her business had evolved very much according to demand.

“For me, the bigger picture is that I feel that there’s a breakdown in communication between planning and the rest of the world,” continued Miss Tasker. “I don’t want to be judgemental and say that what they’re doing is wrong or right. It’s just that I don’t think anybody understands what exactly the criterion is.”

In response to Miss Tasker’s complaint, Femi Nwanze, head of development management within the council, said: “A current review of the council’s planning service is currently being undertaken which is aimed at providing improved business processes, together with improvements in IT and customer care. We are committed to providing a first class planning service. To achieve this we do realise that our policies need to be clear and applied consistently and correctly.”

Hamdy Shahein of Hamdy’s News, also on Stoke Newington High Street, experienced a severe blow to his business after Transport for London (TfL) damaged the ceiling above his cellar during pavement resurfacing work. Rainwater began to leak through into the downstairs part of his shop, and the problem was made a great deal worse when the council installed a cable box under the pavement shortly afterwards. Mr Shahein had no choice but to close the cellar, which had previously constituted a third of his business.

But when he complained to Hackney Council, they were unresponsive. What followed was highly unsatisfactory and confused communication between Mr Shahein, Hackney Council and TfL. And while both bodies have admitted responsibility for the leak, neither have done a thing about it.

“The council shuffle me to TfL. I go to TfL and they tell me to go to the council,” explained Mr Shahein, who is clearly frustrated and angry that nobody has taken proper responsibility and has since asked MP Diane Abbott to step in.

Tired of pushing for a reaction, he was forced to take matters into his own hands and get his basement waterproofed himself – at a cost of £20,000 – and has still not been reimbursed. “The circumstances we are in now, we are suffering,” said Mr Shahein, who calculates that on top of the waterproofing, he has lost £100,000 in business.

As a possible solution, members of the Stoke Newington Business Association (SNBA) have indicated they’d feel more secure if the area were assigned a designated a town centre manager, like those in Hackney Central, Shoreditch and Dalston.
“To me, the main thing is having a person that you know you can go to consistently, whatever the issue,” said Guy Smith from Rouge on Church Street.

“We need someone to channel all of our concerns through so you’re not sending half a dozen emails to try and find the person, and end up with different answers coming back from different people,” said Rosanne Berry, SNBA chair.

The Citizen approached Hackney Council about the issues discussed in this article, but did not receive a response that answered our questions.