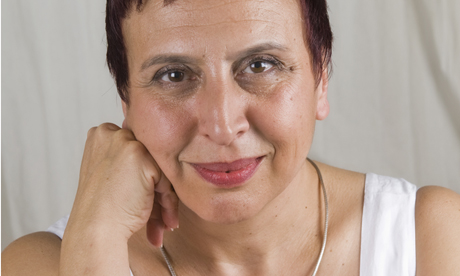 I’m waiting outside the house of Vedide Kaymak, the director of the London Turkish Film Festival, hoping she hasn’t forgotten about me. Not that she is running very late, but I know how packed her schedule is. She arrives, apologetic, from picking up her daughter from a harp class in Lambeth, and five minutes later we’re seated on the sofa in their homely flat. A big roll of paper, a proof of the festival programme, is on the kitchen table – the hub of a busy household. It is to the sound of the humming aquarium, and the boiling kettle that we start talking.

Vedide said, “There was a big movement in the 1990s from Turkey, especially the rural areas – the Kurdish people left the country. They ended up here. Hundreds of them arrived as refugees. And they needed help, and at that time only a few could speak the language, and we started helping them on every issue.

“I knew my community so well, I worked for them, and they were really lonely,” she said.

“At that time there was no satellite TV, people had left their country, they were quite depressed, there wasn’t even a wedding they could go to – no social things.

“And also my community is divided; Turkish, Kurdish and Cypriot, so I really wanted to bring them together. The only thing that existed was the community centres. So I thought we could set up something underneath the arts umbrella.”

Several young Turkish directors are debuting at this year’s festival, which runs between 5 and 18 November, and Vedide tips Seren Yüce as one to look out for.

She is also very pleased to include two documentaries, both made by non-Turkish directors: German Martina Priessner’s Based Down South, a moving portrait of workers at a German call centre in Istanbul; and Austrian Sebastian Brameshuber’s Muezzin, a film about the competition between two muezzins for who can ‘sing’ the best adhan. “It’s priceless,” Vedide says, “I am so glad that people outside Turkey are making films about Turkey, about Turkish people.”

It wasn’t easy for Vedide, originally from Istanbul, to get her start in cinema. She moved to London in 1987, in her late twenties, with a plan to brush up on her English then study cinema in Poland. She spent her first few years in West London but increasingly found herself in Hackney volunteering to help the growing community of Turkish people who had arrived here.

She said, “My plan was turned totally upside down. The reason I actually came to this area was to help people in this area, people from my country.”

She moved from West London to Hackney and decided that she could at least try to do some work in cinema, so applied for a job at the Rio in Dalston.

The job was advertised for eleven hours per week and Vedide had no idea how high the interest would be. In fact, 278 people (a number she will never forget) applied for the position. She was one of ten people interviewed, and whilst she missed out on the job she was trained and taken on as a casual worker.

At the time she was living in a squat, volunteering and not making a lot of money. With no landline, and before mobile phones, Vedide used to call every day to ask if there were any shifts. A few months later she was offered a contract and became house manager in 1993. It was in this role that she conceived the idea to create a Turkish Film Festival, which she did with the support of the cinema’s general manager, Charles Rubinstein.

It started off as an experimental three-day festival and then moved on to become a week-long festival and eventually it grew to become the two-week-long event it is today.

About eight or nine years ago, when Turkish Cinema “more or less exploded”, Vedide said she felt a need to support Turkish films to reach out to a wider audience. Her idea was to promote emerging young Turkish directors, films about Turkey and transnational cinema. The Golden Wings Digital Distribution Award grew out of that and was launched two years ago. Winners receive financial marketing and distribution support in the UK and Ireland to the value of £30K. Last year’s winner Men on the Bridge, will be playing at the National Film Theatre in January 2011. 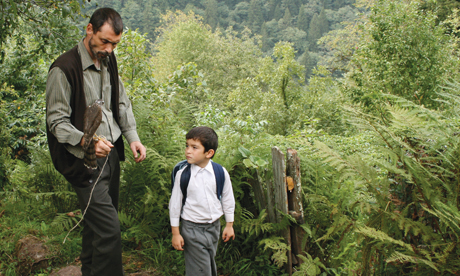 Two of the films competing for this year’s award have already won prestigious prizes in Europe. Semih Kaplanoğlu’s Bal (Honey) was the unexpected winner of the Golden Bear at the 2010 Berlin International Film Festival, and Seren Yüce’s Çoğunluk (Majority) won the Lion of the Future Award at Venice International Film Festival. Yet neither has UK distribution. In fact, out of the sixteen feature films and documentaries screening throughout the festival, so far only Ferzan Özpetek’s Italian ‘dramedy’, or comedy-drama, Mine Vaganti (Loose Cannons) has a UK distributor.

When asked to reveal her favourite films in the festival Vedide laughs, “Of course, of course I have favourites, but I’d rather not tell.

“On the other hand, my favourite director is Reha Erdem… I like that each of his films are totally, utterly different. He makes me surprised – every time he has a different style, and a different story. So he is one of my favourites… as a director. I don’t pick films, I pick directors.”

Other things on the programme during the festival are the Lifetime Achievement Award, which this year goes to the actor Şener Şen, and the People’s Award, which will be voted on by audiences attending festival screenings.

The festival is spread across three cinemas. Opening night is 4 November at the Empire in Leicester Square, followed by screenings at the Rio, and the Apollo Piccadilly Circus.