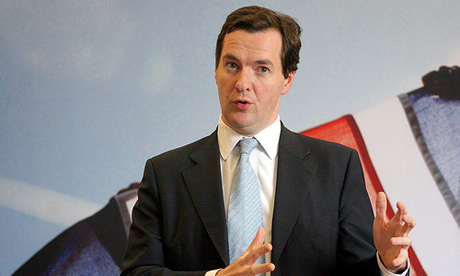 Presenting the coalition government’s emergency budget, George Osborne said, “we’re all in this together”. But are boroughs like Hackney paying more than their fair share?

With VAT up to 20 per cent, housing benefit cut and child benefit frozen along with public sector pay, poorer parts of the country and areas with high levels of public sector employment look set to pay for the mistakes and excess of the City.

Trade unions and charities had campaigned for each budget proposal to be subjected to a “fairness test” to assess who would bear the burden of tax rises or spending cuts. But many of the measures introduced in the budget failed the test as they penalise the poorest.

The rise in VAT, for example, is the most regressive of tax rises, as it hits the poor hardest. The Equality Trust estimate that the richest families spend just seven per cent of their disposable income on VAT, while the poorest spend almost double.

Changing the way increases to benefits are calculated (from retail price index to consumer price inflation) will increase income inequality as those on benefits at the bottom fall further behind those earning.

The change is bad news for the 39,000 in Hackney who claim housing or council tax benefit and the 57,000 children who receive child benefit, and anyone with a public sector pension (although state pensions are excluded from the change).

46,000 children in Hackney receive tax credits – to be cut for any family with a total combined income over £40,000 a year. Average household income in Hackney is lower than £40,000 but the cut will have a huge impact for those families where, to take an easy example, two parents each earn £20,000 a year.

Hackney’s 23,000 public sector employees stand to lose out from the two-year pay freeze, affecting almost one in three Hackney workers, compared to one in five nationally.

Lifting the income tax threshold means some on low pay will no longer have to pay income tax at all. But the poorest – pensioners, the sick, the unemployed and low paid part-time workers – will not be helped and will be hammered by the VAT hike.

Will the levy on banks and rise in capital gains tax for higher tax payers be enough to convince those at the bottom that those at the top are paying their way too? If not, the budget has certainly failed the fairness test.