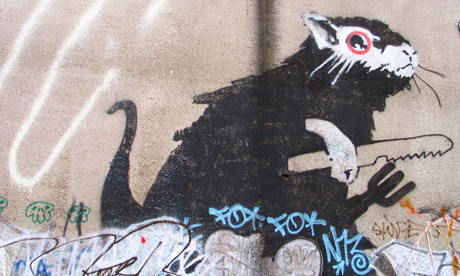 Developers are to save two Banksy pieces before demolishing the Shoreditch building they adorn.

Currently protected from the public, the artworks will be re-housed in an exclusive 17 storey hotel that will replace artists’ pub, The Foundry.

The sketches, an urban rat and a television being thrown out of a window, are considered to be Banksy classics.

While the hotel’s developers have said they always intended to keep the graffiti, one of the council’s planning officer  recommended (rather than the council itself stipulating) that “a condition be imposed to ensure appropriate removal for re-display within the borough”.

In what appears to be an ambiguous relationship with the artist’s work, last September the council painted over a large Banksy mural on the side of a private house in Stoke Newington, in spite of the owner’s wishes to preserve it.

Cllr Alan Laing, Hackney Council’s Cabinet Member for Neighbourhoods, said that it was not for the council to decide on whether graffiti is art or not and that most people see it as vandalism.

However, an independent report commissioned in 2005 by Hackney Council on the night-time economy described some graffiti as being ‘of an artistic nature and arguably contributes to the vibrancy and character of the area’.

Note: this story was revised on Wednesday 17 February 2010. 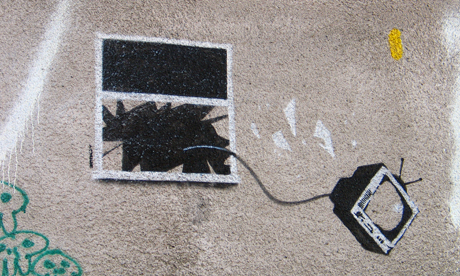 ← Review: One Million Tiny Plays About BritainA Journey Through Ruins: the last days of London →