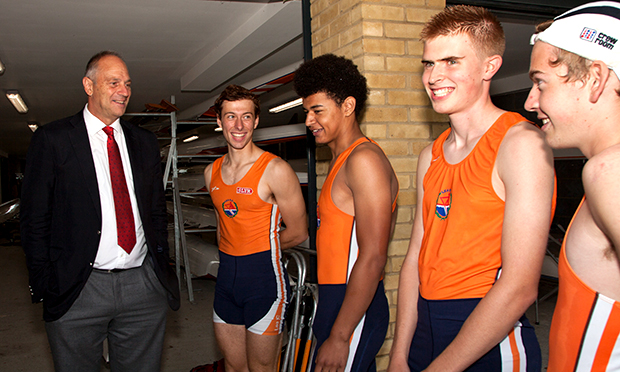 Donors and friends of the club helped to raise over £1million for the boathouse, which has doubled in size and now has facilities for junior and recreational rowers as well as a programme for people with disabilities.

The new home is named after Jimmy O’Neill, a long-time member of the club who passed away in 2013.

Sir Steve, who rowed at a Lea regatta as a boy, said: “It is great to see grassroots sport thriving at the Lea Rowing Club and I am delighted to be opening the new Jimmy O’Neill Boathouse.

“This will particularly help support the junior rowing section of the club, something very close to Jimmy’s heart – having been responsible for coaching so many aspiring young Lea rowers over the years.

“I fully expect to see even more Lea crews out on the water and racing at regattas all over the country, representing Hackney and East London in their distinctive bright orange kit.” 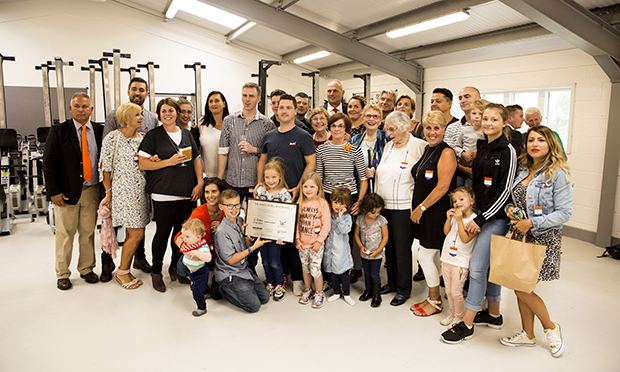 Community spirit: the club caters for people of all ages. Photograph: Sportsbeat

The club has been rowing on the River Lea since the 1840s and supports members aged eight to 80 from the local community.

It has produced rowers representing Great Britain at the Olympics and other major competitions, as well as scores of wins at Henley Royal Regatta over the years.

Former member Maddy Badcott, from Holloway, was in the victorious women’s boat in the Oxford-Cambridge boat race for the last two years.

Club captain Richard Ellis said: “The GB Rowing team had inspiring success in the 2012 and 2016 Olympics and Paralympics. We now have a real grassroots legacy of the Olympics in East London to inspire future generations to take up the sport at all levels.

“We owe a huge debt of gratitude to all the funders, without whom this would not be possible.”