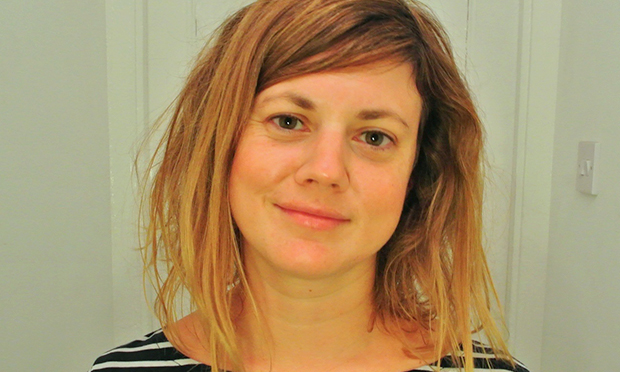 When Corinne, a 33-year-old charity worker, questioned why her rent was being increased, she was served a Section 21 notice, giving her two months to pack her things and leave.

As renting horror stories go, it might not rank highly, but the average, almost every-day nature of such stories add pertinence to a new book that aims to lift the lid on the “market-induced inequality” in private renting.

The Rent Trap, co-authored by Renters Rights London campaigner Rosie Walker and Stamford Hill resident Samir Jeraj, describes private renting as a state of “perpetual insecurity”, where short-term tenancies of six months are the norm and tenants can be evicted for complaining about a boiler or a broken chest of drawers.

“Renting seems to be in the news every day, but I thought there is a lack of something to string all these stories together,” explains Walker, when I ask what the book can bring to the renting debate.

Awareness, Walker says, is less a problem than a lack of understanding. And so the book sets out to define the current rental climate, describing “the political and economic forces that make it possible, and the institutions that sustain it”.

Some arguments and real life stories may sound familiar: the ability of estate agents to specify ‘No DSS’, ruling out as tenants those eligible for housing benefit, is the focus of a campaign in Hackney fronted by housing activist group Digs.

Likewise the fact a high proportion of tenants pay more than half their monthly income on rent whilst wages stagnate and benefits are cuts, is something national newspapers regularly draw attention to.

The authors therefore aimed to look beyond the headlines, mixing real stories from renters such as Corinne with argument and statistics.

In a chapter entitled ‘The Inequality Machine’, Walker focuses on the idea of renting to your peers and how that can transform friendship dynamics.

“You’ve got a situation where you can only really buy property if your family helps out,” Walker says.

“But then you rent a room to your friend and charge them – because you can – rent that covers the whole of your mortgage. So you live housing payment free while your friend pays everything.

“I was interested in that area and the psychology of landlordism, the things landlords tell themselves such as ‘I’m just charging market rates.’

In one particularly cogent passage, Walker spells out how renter-landlord relationships “not only reflect inequalities, but produce them”.

“A renter effectively pays not once but three times,” she writes. “First in rent, second as an unpaid caretaker of an inflating asset and third, with the freedoms they forfeit.

“With the silent passage of every standing order, their roles, their status – their class – becomes ever more entrenched, and the possibility of escape reduced.”

The diagnosis is detailed, with one chapter a history of private renting stretching back to the Victorian era.

But the book is considerably lighter on solutions. This, Walker says, was a deliberate decision.

“I wanted to show where policy needs to go, but I didn’t spell it out like a manifesto because I wanted to make it more story-based,” she says.

“But there’s a huge list of policies we need, such as heavier taxation on second homes, and better legal provision for private renters – so a four or five-year tenancy rather than a minimum of six months.”

Over the past two years, Hackney has seen protests against letting fees, a successful campaign to stop the council from attending a luxury property fair, and a demonstration outside Hackney Town Hall over letting agents discriminating against housing benefit claimants.

Is society any closer from breaking free from the ‘rent trap’, and what would it take for genuine reform to happen?

“A huge amount of political will to start with,” Walker replies.

“It’s a good thing there’s a lot of renter activism now, but we also need political will from non-activist forces.

“That might come from the fact that there’s going to be many more people renting. And when those people are from the middle classes, things are more likely to change.

“There also needs to be more basic awareness among renters that they have some legal standing and political status.

“I’m not saying all 11 million renters should take to the streets but if they can recognise that being a private renter means something legally and politically, that would be a great first step I think.”

← Living in a material world: upholstering with the School of StuffHackney New School makes architectural grade →