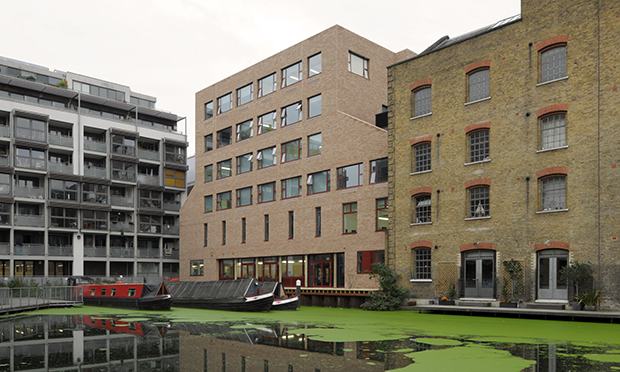 In 2012, the then Education Secretary Michael Gove unveiled architectural guidelines for school buildings that some saw as a declaration of war.

New free schools and academies were to be functional buildings that “maximise stacking”.

Curves – the hallmark of New Labour era buildings such as City Hall – were not welcome. 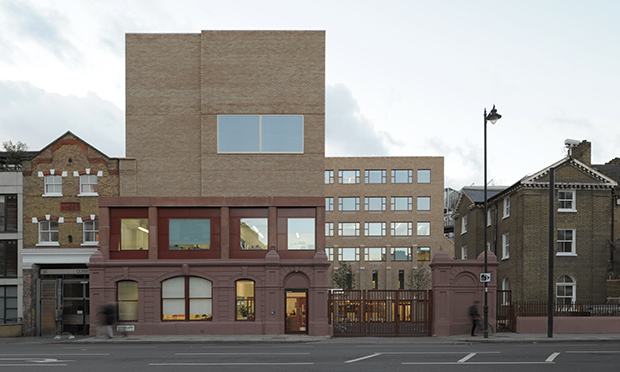 Five years on, and last month the Hackney New School building on Kingsland Road officially opened, with rapper Professor Green and the academic A.C. Grayling guests of honour at the launch.

Hackney New School is a free school specialising in music that opened its doors to an initial cohort of 100 pupils in 2013 whilst its new building was still in construction.

The school overlooks a busy stretch of the Kingsland Road in Haggerston, and backs onto the Regent’s Canal. A newly built five-storey tower at the front comprises office space, with art studios at the top. On the canal side, a six-storey warehouse contains classrooms, the assembly hall and music practice rooms.

I ask Phillippa De’Ath, one of the school’s four founders, what makes a good school building.

“It depends very much on the ethos on the school and where that school is,” she replies. “You have to have space for learning and space for being free.

“Our school is music focused but we’re also in absolute inner city where space is an premium so you have to be innovative about how you approach things like outside space.” 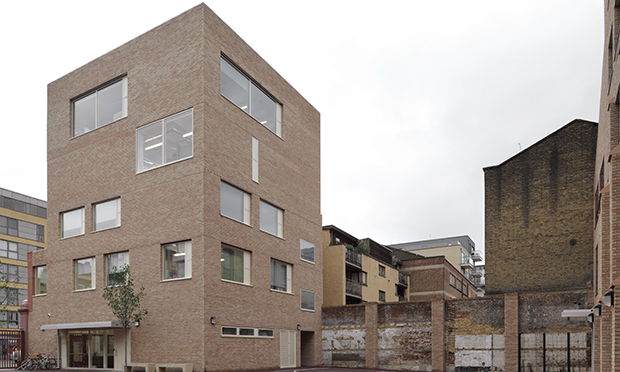 Futuristic new builds may be increasingly commonplace in Hackney these days, but architects Henley Halebrown Rorrison (HHbR) aimed to give the school building a sense of continuity with Hackney’s past.

A former telephone exchange is incorporated into the overall design, and the original wharfmaster’s house forms an ornamental school front, neatly side-stepping the Govian no-frills edict.

“It’s a school that was built on an incredibly tight budget compared with some of the academies in Hackney,” De’Ath says. “We had a quarter of the budget and I think we’ve done an incredibly good job.

In a recent article, the architecture critic Rowan Moore found a contradiction in the free school model. On the one hand, he said, free schools are supposed to be about empowering parents and teachers from the bottom up, but when it comes to building a free school, the constraints of time and budget – and even choice of contractor – are rigidly imposed from the top down. Is this a valid criticism?

“In a way, yes,” admits De’Ath.” I think because the government is trying to get things done quickly it had a framework where there was basically one contractor who would roll out schools all over the place.”

“There were a lot of layers of governance, so when you actually wanted to do something to your specification you were told it wasn’t possible.”

Gone are the days of robust Victorian schools with their decorative trappings. But Hackney New School is responding to the challenges – budgetary or otherwise – of a new era in school building.

“We came into the project hearing from Michael Gove that no free school building would win an award, and we thought, how ridiculous!” De’Ath says.

“The very trick of the architect is to work out how to do the very best with the resources you have, and you should always set out to do something as well as you possibly can.” 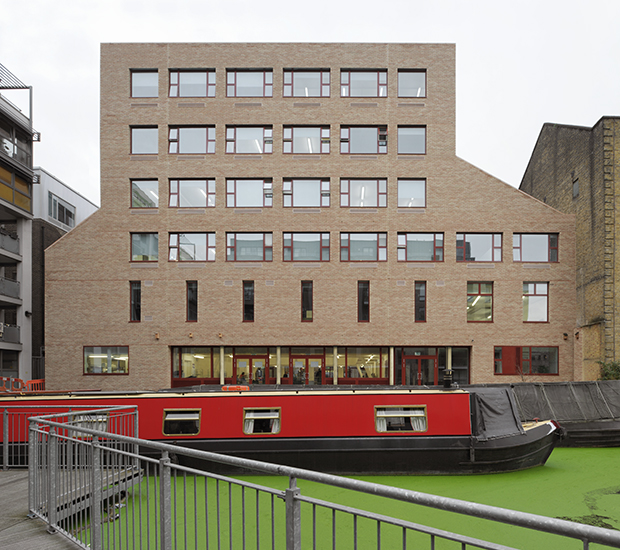