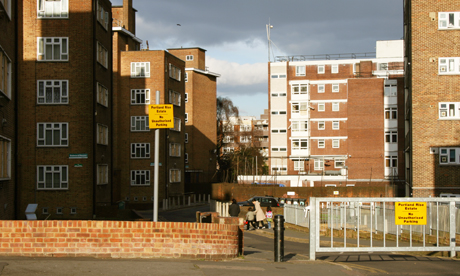 Evictions of council tenants due to rent arrears soared by over 60 per cent in one year, according to a Freedom of Information request by Hackney Green Party.

98 people were evicted from their flats for rent arrears between April 2013 and April 2014, compared to 61 in the same period the year before.

The Greens claim that tenants are being “forced out of their homes” by welfare reforms such as the Benefit Cap and the Bedroom Tax, brought in by the Coalition government in April 2013.

Hackney Green Party spokesperson, Charlotte George, said: “The coalition government’s welfare reforms are hitting the poorest and the most vulnerable in our communities.

“How the government can claim their reforms are “fair” and “helping” people is beyond me, and the cuts are creating a perfect storm that is seeing people forced out of their houses due to rent arrears.

“We need to build more social housing and reclaim empty homes to help with the housing crisis, and rent controls should be introduced across London.”

However Cllr Philip Glanville for Hackney Council – currently in the process of bringing the Arms Length Management Organisation (ALMO) Hackney Homes back under its own control – insisted that eviction is always the “last resort”.

Cllr Glanville also said there had been no Hackney Homes evictions “solely as a result of welfare reform changes”.

He said: “We know that the Government’s welfare reforms are having a significant impact on some of Hackney’s most vulnerable residents, which is why we have a dedicated welfare reform team to support residents through the changes to benefits.

“As such no Hackney Homes evictions were carried out in 2013/14 solely as a result of welfare reform changes. Evictions were due to historical arrears, tenancy fraud or other issues.”

Cllr Glanville added: “Hackney Labour remains resolutely opposed to the ‘Bedroom Tax’, and in the run up to the General Election next year will be continuing our campaigning for its abolition.”