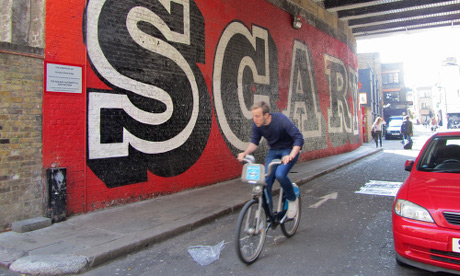 A group of residents have branded the pedestrianisation of a Shoreditch street notorious for its crowds of late-night drinkers as “obscene”.

Cars will not be allowed on a stretch of Rivington Street between Curtain Road and Shoreditch High Street for a trial period of six to nine months starting today (October 21).

The Council said it was taking the action following concerns by the local community around traffic speeds and off the back of a “cluster of collisions” recorded at the Shoreditch High Street junction.

However, Rachel Munro-Peebles, chair of the Shoreditch Community Association (SCA), said that the pedestrian zone would “give the nighttime economy the lead”.

Ms Munro-Peebles said: “Residents and families who live on this stretch, of which there are quite a few, suffer nightly. This will only increase with the cumulative impact.”

“The bars and clubs on this stretch already think they have ownership with signage on the walls advising potential buyers not to buy in the area, as this is a drinking area!”

“Our big question is: why did most of the local residents hear nothing about this before it was agreed?

“We feel Hackney Council are beginning to understand the cumulative impact that this area is suffering with. With this pedestrianisation we now feel all this hard work is being wasted when they go ahead and do something like this.” 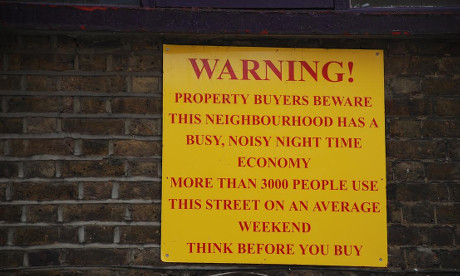 However bars and clubs on Rivington Street back the pedestrian zone, arguing that the increase in footfall would not only help business but would improve street safety.

Chris Greenwood, co-owner of the Bedroom Bar and Comedy Café on Rivington Street said it was “about time” the zone came into action.

Mr Greenwood, who has worked in Shoreditch’s nightlife industry for 14 years, said: “We’re really pleased that the Council has decided to listen to us and we are really pleased this is happening. We hope that after 6 months it will be a permanent feature.”

When asked about the concerns of local residents he said: “This is a late night economy zone but we try and co-exist with residents. We are constantly going to Pubwatch and liaising with the police.

“We also pay phenomenal business rates, which sometimes residents do not appreciate.”

He added: “You don’t go out somewhere just because it’s a pedestrian zone”.

Owner of cocktail bar Callooh Callay, Richard Wynne, also said it would be of “huge benefit” to his business.

Mr Wynne said: “As a business I can only really comment on how I think the pedestrianisation programme will affect us and not the residents.

“The pedestrianisation of Rivington Street will be of huge benefit to a bar like Callooh Callay as we rely on footfall to drive our business.

A spokesperson for Hackney Council said: “Businesses and residents were consulted on plans in April with 80 per cent of those who responded supporting proposals.

“The Council believes the works will significantly improve safety in the area and businesses are likely to benefit from the increased footfall.”

Implementation of the full pedestrian zone is to start today (October 21) and will take around four weeks, during which the road will be temporarily closed.

← ‘Biggest thing in the area since the Plague’: Goodsyard consultation opensEviction of council house tenants in Hackney rises by 60 per cent →