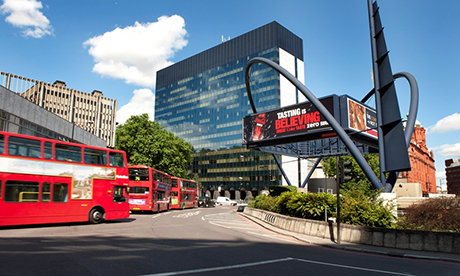 And so it goes — the tides of regeneration have turned again. This time, it’s members of East London’s bustling tech community fighting the developers.

Members of the More Light, More Power campaign group have spoken out against an £800m development of six tower blocks in the derelict Bishopsgate Goods Yard between Shoreditch and Spitalfields, claiming it will turn Tech City into a ghost town.

More Light, More Power, which brings together tenants and traders’ associations in Hackney and Tower Hamlets, forecasts that the development’s 600 luxury flats will be snapped up by a force for change more powerful even than the global technology industry: overseas investors looking to snap up properties in East London.

While attempts to balance out the benefits of resources from high-skilled Tech City with its deprived surroundings has already proved challenging, that hasn’t stopped the tech hub’s advocates from feeling betrayed by a potential assault on their plans for growth.

What is Tech City?

The heart of Tech City lies in Shoreditch, but the cluster extends into something of a no-man’s land, sprawling out into Tower Hamlets, Islington and the City, with further hubs reaching as far as Stratford to the East and Croydon in the South.

Look no further than your own backyard for the creators of everything from the personalised music service Songkick to the Moshi Monsters kids’ game series from Mind Candy, plus the London HQ of US home rental firm Airbnb and the corporate chat platform Yammer. Hackney is now home to a growing number of the world’s most recognisable technology brands, consulting firms and even financial services companies.

The so-called Tech City project is being led from central government by the Tech City Investment Organisation (TCIO), part of UK Trade and Investment (UKTI).

According to Hackney Council’s Tech City Overview report, up to 2012 the borough has welcomed some 30,000 highly-qualified residents between the ages of 25 and 35 to work technology jobs. These businesses were found to represent 37 per cent of all employment in the borough, with computer programming, consultancy and telecoms making up three-quarters of those jobs.

A booming hospitality industry now supports these tech workers, representing 22 per cent of all work in Hackney, and is considered a ‘vital gateway’ for longer-term residents who are out of work, totalling around 28,000 people this year.

Hackney Council acknowledges in its Tech City report the need for “intensive assistance” for the borough’s young people to break into the tech community. In some wards, those not in education, employment or training touches 40 per cent, but those achieving 5 A* to C grades has drastically improved in the past decade and now exceeds the
national average.

Although Hackney Community College worked with industry to open the borough’s first tech-dedicated school just two years ago, Hackney University Technical College, where all its pupils learn programming, the facility is already set to close due to low applicant numbers. A lot of training activity is “decentralised”, the council says, which means it is actually being led and run by a burgeoning ‘edtech’ sector, with the likes of Decoded and TechCityStars offering their unique brand of ‘upskilling’ today’s youth.

The council’s own research in 2012 found a quarter of Hackney residents had never even used the internet, let alone headed down to Tech City to knock at Google’s door. Digital poverty, unsurprisingly, affects older people, the disabled, those on low incomes, on benefits or in
social housing.

Although a Freedom of Information request to establish what was being done to address this was turned down by the Department for Business Innovation and Skills, the Tech City Overview document offers its own remedy, stating: “The same innovation, collaboration, creativity and dedication that propels Tech City will need to be applied in encouraging spill-over of opportunity to local, unemployed residents and
their families.”

A proposed civic space in Tech City that City Hall had secured £50m to build and was going offer public education and attempt to get 10,000 coding, was also scrapped last month.

Hackney Council has played a huge role in courting business, it explains, with a dedicated Invest in Hackney team running tours for developers and investors in order to sell the hip, warehouse-working dream.

Hackney is now home to three projects run by the world’s most sophisticated tax avoiders: the Google Campus free coworking space, Microsoft Ventures London Accelerator program, based at Coworking, and IDEA London, which is part-backed by Cisco.

Some say these global companies don’t play by the rules by using the dubious legislative status being innovative allows. But while Tech City’s big names might not operate in the legitimate way, they are contributing cash to support the thriving tech community.

The council says it has twisted the arm of potential investors by ensuring ‘concessions deals’, which include a commitment to offer open work space in to “help maintain access to the cluster for a new population of young, innovative firms”.  But even these young high-tech innovators are now struggling to pay commercial land rates. From a peak in 2008 of around £25 per square metre, space can now reach more than double that.

The average cost of a home in Hackney, meanwhile, reached half a million pounds last December, no doubt receiving added pressure from this incoming tech workforce. At a debate in March entitled Can Tech City Expand Indefinitely?, Juliette Morgan, Head of Property at Tech City Investment Organisation, made it clear it is “outside of our remit” to have a strategy on residential property.

In the next one to two years 222 towers are expected to be built across London to cope with demand for residential and commercial property, many of which are heading to Hackney to accommodate Tech City workers.

As the tech crowd joins the latest round of calls to halt development at all costs – whether a high profile will lend more lobbying power remains to be seen. Are Hackney Council, TCIO and City Hall  selling out to the highest bidder, rather than ensuring jobs and homes are available to all residents? Maybe. But as the balance of power to influence development shifts ever faster, perhaps one lesson learned is that in East London’s crowded market, influence is fleeting.