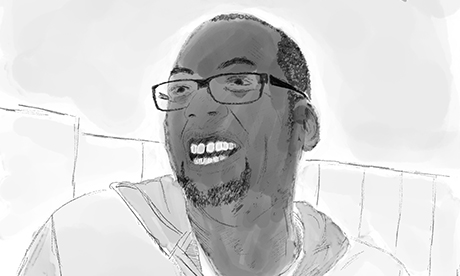 On both the Pakistani and Indian sides of the border the Punjab is famous for turning out strong and strapping men like Bollywood legend Akshay Kumar, star of the excellent 2012 film Rowdy Rathore (note to Hindi film fans: if you haven’t seen it yet, do).

No one knows quite why, but for some reason men who grow up in this province seem to end up looking altogether more fortified and hunky than their counterparts in other parts of India and Pakistan, while Punjabi women have a reputation for being generously proportioned.

Perhaps it is the rich cuisine and hearty portions, both of which can be found in abundance here in Hackney, and nowhere more so than at Clapton eatery Spice & Grill.

As noted in May’s Hackney Citizen, this local institution, which is now a decade old and has recently had a refurbishment, is curiously popular with politicos.

Blair and Brown had their Granita pact, but one can well imagine a deal between rivals on the local political stage being hatched in this place.

Kebab smoke and mirrors, and so on. Move over New Labour’s Islington, this is (despite the aforementioned refurb) emphatically down-to-earth Old Hackney.

Former Queensbridge ward Labour councillor Patrick Vernon lives just around the corner from Spice & Grill, and the Citizen arranged to meet him for a curry there.

Labour councillor Ann Munn is also a fan and popped in for a take-away while we were drinking ginger beers.

He has worked for several mental health charities and as a senior manager for the NHS in Brent.

He sits on the health advisory board for charity Mind, is a committee member for Healthwatch England, and a trustee for Social Action for Health.

Vernon is also a trustee for the North London Muslim Housing Association and the patron of a Camden charity that helps refugees.

He is also film-maker, writes articles for The Guardian and The Voice and runs his own social enterprise promoting the history of diverse communities. In addition, he recently published a book about the history of pirate radio stations, and he has a collection of 5,000 historic postcards which he uses in workshops he runs on family history and genealogy. What a CV.

Born to Jamaican parents in Wolverhampton when Enoch ‘Rivers of Blood’ Powell was the local MP, Patrick is related to reggae legend Jimmy Cliff and has traced his lineage as far back as the 1800s.

He once visited the village in Senegal that his ancestors inhabited before they were transported across the Atlantic as slaves. Last year Patrick made an unsuccessful bid to become a Labour parliamentary candidate for Brent Central.

He stood down as a councillor last month after eight years serving Queensbridge ward.

“I’ve enjoyed my time as a councillor,” he told the Citizen, “but eight years was enough.”

He now hopes to devote more time to his many creative projects and says he will still have plenty to keep him occupied without the strains of Town Hall life.

Vernon’s Queensbridge ward has disappeared following the recent reconfiguration of local administrative boundaries. But the area he previously represented, most of which is part of the new London Fields ward, will be served by three of Vernon’s fellow Labour party members, Antoinnette Bramble, Can Ozsen and
Emma Plouviez.

Vernon likes Spice & Grill because “it’s at the top of my road, the guys are friendly and the food is
reasonably priced.”

The eatery is run by friends Mohammed Latif and Shahid Haroon, whose mother taught him how to cook.

It may not be as fancy as the newfangled hangouts for the babyccino set, but Spice & Grill is rooted in the area – a bit like ex-councillor Vernon himself.

This is the first in an occasional series of ‘person and plate’ features matching notable local figures up with restaurants they enjoy. Our top tip this month: try Spice & Grill’s samosas.