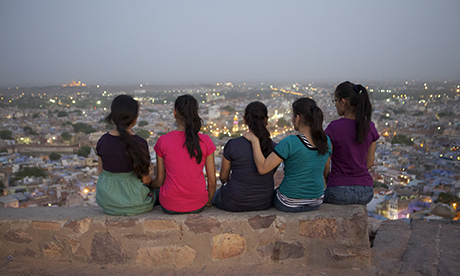 A still from The Spice Girls of India, which is being screened as part of the festival

The London Feminist Film Festival will return to Hackney next month for its second year with a programme of feminist films past and present.

The festival has quickly gained prominence, and this year received over twice as many submissions as it did for its first year.

It was launched as a response to the under representation of women within the film industry – only seven of the BFI’s top 250 films were directed by women.

Because of this, the festival aims to provide a platform for women behind -and in front of- the camera.

All of the films shown are directed by women, and the festival hopes to stimulate debate about both film and feminism.

All of the screenings will be followed by panel discussions featuring influential filmmakers, art critics, feminist activists and academics.

Anna Read, 34, the festival director says: “The event hopes to challenge the static and stereotypical portrayals of women in film and also aims to provide necessary support for women directors in the context of a male-dominated industry.” In celebrating the work of female creatives, she says the festival will establish “a platform for premières and débuts which might not otherwise have been seen”.

Anna Read is also keen to emphasise the international nature of the film festival. This year they have had submissions from all over the world, ranging from Africa to Asia and the Middle East.

“The diversity of the films submitted and showcased is an attempt to give expression to women from all over the world and foster links between different female voices and perspectives,” she says.

She gives us a quick preview of the films on offer: the feminist science fiction film Born in Flames, Sally Potter’s The Gold Diggers and The Spice Girls of India. Anna says the latter is a personal favourite of hers – the film recounts the story of seven Indian sisters who take over their father’s famed spice business in Jaipur.

It conveys their struggle against patriarchal structures and their ultimate success in resisting these injustices and managing to run the spice business.

By showcasing newly submitted films as well as better known feminist classics, the festival provides an alternative to the male voices and perspectives which dominate mainstream cinema.