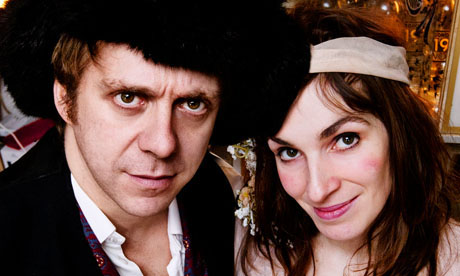 In 2006, Hackney-based film-maker Dan Edelstyn discovered a manuscript in his mother’s attic which inspired a vodka adventure which continues to this day.

The memoirs of Edelstyn’s grandmother, Maroussia Zorokovich, revealed her privileged upbringing in Ukraine, her suffering following the Russian Revolution in 1917 and eventual emigration to the UK.

In her childhood, the Zorokovich family estate included a distillery and, on a visit in 2008 to learn more of his ancestral roots, Edelstyn became captivated by the idea of bringing back vodka produced on the site once owned by his family.

As seen in his debut feature film, documenting the ongoing foray into the industry, becoming a vodka tsar is far more complex today than it might seem, when staring up into the family tree.

His great-great-grandfather was of peasant stock but, with an iron will, amassed land and great riches.

“He couldn’t read or write,” Edelstyn tells me, “but he took all the land in that area of Ukraine.

“He was an entrepreneur. He built up this huge empire and he lived in this massive mansion, with his wife and his lover at the same time. His lover was there in this very thin disguise as a housemaid.”

The family was broken by the rise of the Bolsheviks, losing everything. The spirit distillery is now property of the state and, when approaching those in charge of it four years ago, Edelstyn was faced with having to explain that he had no grand designs on what had once belonged to his family.

“First they were suspicious of us, thinking we’d come back to take the distillery.”

They were able to allay the concerns of the management, with the help of a ‘fixer’. “He was someone who would translate for us and then it gradually evolved,” says Edelstyn.

“Now he’s a business partner, he knows everyone inside our business, all of the different suppliers. He’s got a great portfolio of people he can call.”

Having crossed that first prickly hurdle, Edelstyn resolved to take on the challenge of creating, producing, bottling and shipping a brand new vodka, from Ukraine to the UK, with no shortcuts.

“My first thought was ‘bottle up the stuff here, bring it across, change the name and that will be it’. But it became clear to me that I had to create a brand. I had to have my own liquid, my own recipe. I learned the ropes, bit by bit and made mistakes.”

The film tells a story that will be familiar to anyone who has started a new venture and experienced the excitement, the anxiety, the turmoil, and the pride in the final result.

“As a film-maker it became my duty to get carried away as an entrepreneur, because if I didn’t it wouldn’t have made a good film.”

On meeting Edelstyn in his Homerton studio, I am presented with a generous sample of Zorokovich 1917, in a shot glass, garnished with a gherkin. Edelstyn has had a whirlwind couple of years and explains what he sees as quite a surreal present.

“I’m a film-maker who’s now made his first feature film. It’s premiered at London Film Festival and it’s doing very well,” he says. “But I’m also selling vodka door to door in Stamford Hill. I’m trying to make sure that it is an interesting brand that can be a bit different from those other corporate giants.”

So much has changed for Edelstyn since that first journey to Ukraine, except the passion for film-making and a commitment to his grandmother’s memory and her place of birth.

“I like to keep documenting the process – we’re always filming. I want to make sure that it engages people and it’s doing something fresh. Hopefully we’re going to start putting money back into the village once we start turning a profit.

“I stumbled upon this bizarre and wonderful legacy and I’m just enjoying trying to make something of that.”

How To Re-Establish a Vodka Empire is showing at Hackney Picturehouse on Monday 19 March, the Rio Cinema on Saturday 24th, and the Institute of Contemporary Arts 16, 17, 18, 21 and 22 March.

For more information, go to My Vodka Empire.