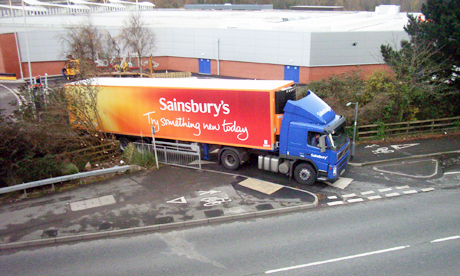 A number of Labour councillors in Lordship, Stoke Newington Central and Clissold wards, as well as London Assembly Member Jennette Arnold and Diane Abbott MP are calling on both companies to attend a public meeting before any planning application is submitted.

In the letter they express their concerns regarding the proposed development and what they claim is a ‘”deeply flawed” consultation process and which, they assert, has not allowed local residents to have their say.

The consultation was run by PR firm Four Communications on behalf of Sainsbury’s and Newmark Properties at the beginning of July, and included an exhibition at Abney Public Hall, Stoke Newington, on July 1st and 2nd, at which attendees were asked to score on a scale of one to five how important they considered: ‘new homes, a food store, a town centre car park and employment opportunities’.

The signatories to the letter argue that both Sainsbury’s and Newmark Properties should be properly accountable for the impact the development would have on residents and local businesses in Stoke Newington.

Only one of the three Labour councillors in Clissold ward signed the letter; the other two councillors are Linda Smith and Karen Alcock.

Cllr Linda Smith sits on the planning committee and had she signed the letter, she would have been unable to take part in any decision regarding the development.

Cllr Alcock is currently on maternity leave in her role as Deputy Mayor. Four Communications, the PR firm that ran the controversial consultation referred to in the letter, has confirmed that Cllr Alcock is employed by them. As councillor Clissold ward, Cllr Alcock is one of the elected representatives whose constituents are most directly affected by the Sainsbury’s development plan.

Rosanne Berry, Chair of Stoke Newington Business Association and owner of Rosa Lingerie, a shop close to the proposed new supermarket site, has previously expressed concern about the links between the PR company and the councillor: “I am concerned that when small businesses are struggling you want your councillors to be fighting on your behalf and not to be influenced by their connections with outside companies,” she said.

The full text of the letter is reproduced below.

We write to raise serious concerns about the proposed development at Wilmer Place, Stoke Newington.

We do not support the current plans for the site and are concerned that a deeply flawed consultation process has provided little opportunity for the views of local residents to be properly considered.

We ask, therefore, that Newmark Properties and Sainsbury’s attend a public meeting in Stoke Newington to discuss the proposals in detail and that both companies commit to attending such a meeting before any planning application is submitted.

The following is summary of our key concerns with the proposed development:

2. The Core Strategy also states that the Council should encourage a diverse range of developments within its major and district centres, including Stoke Newington. These developments are required to enhance the environmental quality of the area and to resist the loss of shops.

Stoke Newington is home to a successful and diverse independent retail and evening economy. Neither you nor Sainsbury’s appear to have assessed the impact a 24,000 square foot retail store will have on the local economy and whether it will lead to the loss of local shops in the area.

3. You have repeatedly made reference to the 2005 ‘Hackney Retail and Leisure Study’ to justify the proposals on the grounds that the study identified land at Wilmer place as ‘suitable for retail and leisure uses.’ This is misleading and certainly not an accurate representation of Hackney Council policy. Council planning documents designate Wilmer Place as suitable for a range of uses – of which retail is only one.

Where new development is to be carried out, it should follow a number of key principles, including: respecting the scale, massing and height of the surrounding historic properties and reflecting the existing details and materials of the historic buildings in the surrounding area.

The Appraisal also states that views from Stoke Newington Church Street, Stoke Newington High Street and out of Abney Park Cemetery “must be preserved by not allowing new development which is too dominant or obtrusive.”  The proposals as they currently stand do not appear to respect these requirements.

6. The plans show an entrance to an underground car park on the High Street. This part of the High Street is very narrow, and the entrance is near to two junctions on a red route and bus stops. Access into Wilmer Place from Church Street for delivery vehicles is also very narrow and residents from Wilmer Place are understandably concerned about noise and disruption from delivery trucks, particularly as no detail has been provided on the timings of these.

It is our understanding that you have not carried out an assessment of the transport implications of the development; including the impact that access into the site from both Church Street and the High Street will have on traffic and the safety of pedestrians and cyclists.

The lack of detailed information about this and the other serious implications the development will have on biodiversity, conservation and the local economy is of considerable concern. We would expect a thorough assessment to be carried out in each of these areas and for the results to be published in full.

Consultation on the proposals has also been characterised by the failure of Sainbury’s to engage with and understand the local community’s concerns about the development.  This is despite a corporate responsibility policy that commits Sainsbury’s to being a “good neighbour” and to play “an active role in local communities.”

Both Sainsbury’s and Newmark Properties should be properly accountable for the significant impact this development would have on residents and local businesses in Stoke Newington. We urge representatives from both companies to attend a public meeting at the earliest opportunity.

Copies of this letter have been sent to J Sainsbury’s in order to highlight our concerns at the company’s failure to engage with the local community.

We look forward to hearing from you.

Leader: Sainsbury’s is wrong to use PR firm that boasts about overcoming residents’ opposition