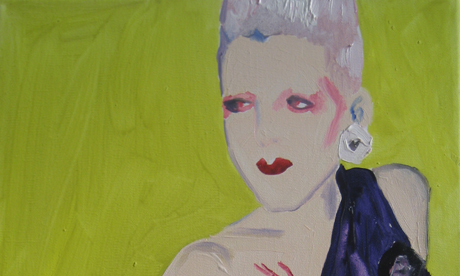 It looks to be an exciting month for Hackney’s art scene with the arrival of the provocatively named ART BLITZ exhibition (capitals not optional) at the Transition Gallery later this month.

The philosophy behind this latest showing stems from gallery director Nicholas Serota’s recent observations that government funding cuts will lead to an ‘arts blitzkrieg’.

“With the ruthlessness of a blitzkrieg the coalition is threatening the stability of an entire system for cultural provision that has been built up by successive Conservative and Labour governments,” said the director of the Tate in a recent Guardian article.

And this is exactly what informs ART BLITZ: in the form of a fundraising party, exhibition and auction, it references and builds on the confrontational politics and unique style of the 1980s.

“Lots of the work has been made especially for the show and has a distinct 80s edge to it,” says gallery founder Cathy Lomax. “We have images of a Rubik Cube, lots of Margaret Thatchers, some Blitz kids and The Slits.”

The reaction to ART BLITZ from the art community has been impressive, with artists including Tom Hunter,  Yinka Shonibare and Delaine Le Bas having donated work to the auction.

The auction will be launched on the gallery’s website on Monday 15 November, with viewings in the form of an exhibition taking place from Thursday 25 to Saturday 27 November.

The final live auction will be on Saturday 27 November, complete with music, cocktails and special guests.

Many of the pieces have been produced specifically for the show, which will give visitors the chance to buy art by influential contemporary artists.

It also allows visitors to simultaneously support the artist-run gallery, which was founded eight years ago and has provided a platform for emerging artists since its creation.

“At Transition we really like to mix young artists with more established practitioners,” says Lomax. “This is a great way of building reputations and assures their work is seen by lots of people. We have contributed to lots of artists’ reputations over the eight years we have been running.”

← Palace of the End – reviewLondon 2012 Olympic Park gets arty →