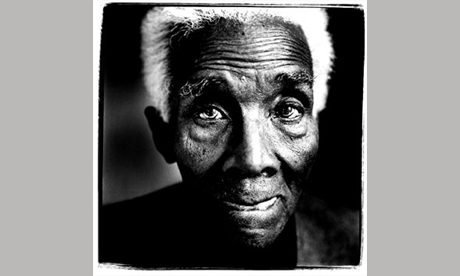 In a meeting with the Black and Ethnic Minority Arts network (BEMA) on Thursday 7 October, council officers admitted they should have consulted with BEMA and with the writer’s widow, Selma James – who only found out about the planned move when the national press contacted her for a reaction – before deciding to remove CLR James’ name.

“It was a very positive meeting, because from the outset they stated that they’d made a mistake on the issue, and they should have consulted a lot more,” said BEMA campaign coordinator Andrea Enisuoh.

“The principle that we agreed is that CLR James’ name will definitely, 100%, be in the name of the library and above the main entrance,” she said. “We got it in writing today to confirm that.”

In 1984, the CLR James Library was named after Cyril Lionel Robert James, the journalist and social theorist who spent his life campaigning against colonialism and increasing awareness of black struggles all over the world through lectures, essays and works of fiction.

The council’s decision not to use the words CLR James in the name of a new £4.4 million replacement library sparked considerable outrage both in Hackney and beyond. BEMA’s petition collected over 2,500 signatures, MP for Hackney North and Stoke Newington Diane Abbott called the move “an insult to his memory”, James’ widow urged the council to think again and the story was even covered on Gayelle TV in Trinidad.

In a statement following Thursday’s meeting, the council said: “Up until now Hackney Council has been focusing on the design of the brand new £4.4 million library and archives in Dalston. As part of this process the building was given a new name – Dalston Library and Archives.”

Cllr Jonathan McShane, cabinet member for community services, explained: “Hackney Council is committed to making sure we listen to residents and community groups. After looking at the name again, and speaking with and Selma James, we’ve agreed to consult interested groups.”

The council statement continues: “The library and archive in Dalston will be a brand newly built facility, not located on the same site as the current CLR James Library. It will bring together a new library with the borough’s archive and local history service.”

According to Cllr McShane, current name suggestions are Dalston CLR James Library for the new library building in Dalston Square, and Hackney Archives for the archive collection. He said the new names will be finalised after consultation with the library user consultative forum and Friends of Hackney Archives over the next few days.

The council statement continues: “As part of the new library, Hackney Council had already planned to include a permanent exhibition to chronicle the life and works of CLR James and an annual event in his memory. The council will continue to work with BEMA to achieve this.”

The BEMA was keen yesterday to thank everybody who has supported the campaign: “We’ve had support internationally, but also locally. To everyone who signed the petition – and wider than that -we really want to get the message out that we’re grateful. It shows what you can do if you try and change something,” ” said Andrea Enisuoh.

← Real cost of ban on Council papers: message from the Mayor of HackneyJoe And Will Ask? →