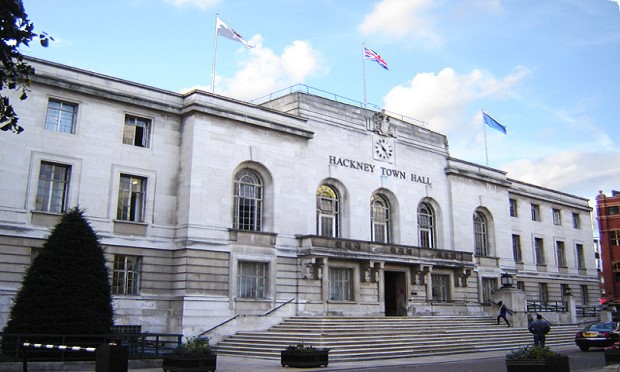 A Hackney family suffered “distress and anxiety” when their bid for larger home was hit by delays stemming from the council’s housing department.

Town Hall bosses have been told by the Local Government Ombudsman (LGO) that the hold-up in dealing with the residents’ paperwork was not good enough.

The case has revealed some of the problems caused by a cyber attack on the council in October 2020.

A local mother, known only as Ms B, took her case to the LGO because of lengthy delays in dealing with her application – submitted just under three months before the hack – to be rehoused following the birth of her twins.

The Ombudsman said despite the challenges posed by the cyber attack, the council failed to deliver a proper housing allocation service to Ms B.

She and her partner were living in a two-bedroom council home but were eligible to bid for a three-bedroom property.

Ms B told the LGO that the delays caused her “distress and anxiety”.

She did not hear back from the council for over two months, when staff told her that her application was due for a review and asked her to fill in a housing register application, which she did four days later.

The Ombudsman rapped the council, saying “we consider a month to be a sufficient timeframe to process a change of circumstances application”.

If it had not taken so long, Ms B’s application would have been prioritised as urgent, rather than in the general band, and she could have bid for a four-bedroom home.

Hackney Council does not publish a timeframe for dealing with a change of circumstances.

It told the LGO that “it took so long to do so because of the Covid-19 pandemic and the demands on the service due to the housing crisis”.

The hack prevented council staff from accessing the housing system, meaning they could not register medical assessments or change of circumstances applications like Ms B’s.

In 2021, Hackney brought in a new housing allocations policy and an online application site. It meant all housing register applicants had to make a new application and be reassessed under the new policy.

Ms B’s case was updated to a Band B and backdated to July 2020, when she first got in touch.

The LGO said: “Whilst recognising the unique challenges imposed by the cyber attack, I consider that was a service failure.

“As a result, the council was unable to update Ms B’s housing application with her change of circumstances.

“This caused her distress and uncertainty as to when she would be able to bid for suitable properties.”

However, the Ombudsman did not agree that Ms B missed an opportunity to be rehoused because of the cyber attack.

It said there were 147 people ahead of her in the urgent band waiting for four-bedroom homes, and just seven such properties were let in 2019/20 because there are so few.

After the council changed its policy in October 2021, it had 250 families in Band B who needed a four-bedroom home – 215 of them ahead of Ms B and her family.

The Town Hall allocated just 28 four-bedroom homes between February 2020 and March 2022 to people with “significantly earlier” bids than Ms B’s.

A Hackney Council spokesperson said: “We are sorry for the delay that Ms B experienced with the administration of her housing application – which was partly caused by a criminal cyber attack that severely impacted many council IT systems at the time.

“While we appreciate the frustration and uncertainty this caused, the Ombudsman did acknowledge that this did not have a direct impact on the family’s opportunities for rehousing, given the severe housing shortage that we continue to face.

“We currently have over 500 families on our register who are also waiting for a four-bedroom home like Ms B, many who have been waiting longer, and over 8,500 households on our housing waiting list who are desperately in need of a good, quality, genuinely affordable home.

“As with all these families, we will do what we can to support Ms B to find a suitable home while we continue to try to address the underlying causes of the housing crisis – from delivering our own programme of new council homes to making the case to government to do more to fund genuinely affordable housing.”

← ‘Wes Anderson likes my work!’ Art by Hackney schoolchildren to be plastered on billboards as part of ‘fantastic’ creativity project