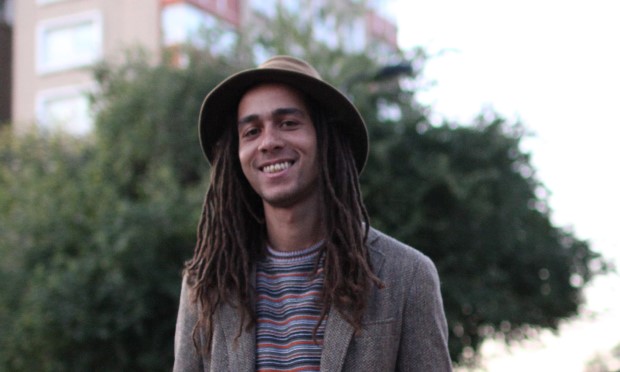 The number of people knocking on doors in De Beauvoir means residents will have no doubts about the competition for their vote in the upcoming by-election.

Green candidate Tyrone Scott said he’s talked to people who have been visited by campaigners from three parties in a single day.

“We are fighting this election so hard,” he explained. “People have not seen this level for some time.”

He said it means residents are being heard, including those in parts of the ward like the De Beauvoir estate, where people told him they felt “abandonment” after their neighbourhood office closed because of cuts.

Scott added that it was hard for some to access services as “many things are pushed online”.

“A lot of people do not feel the support – a lot of elderly and vulnerable people.”

Voters will go to the polls on Thursday 7 July following the resignation of Labour councillor Tom Dewey just two weeks after the May council elections.

Whilst De Beauvoir is currently a hot spot, the mercury is also soaring.

Scott said rising temperatures are caused by climate change and are likely to increase. He wants to see more action taken locally.

This includes Hackney Council divesting from some pension funds, ensuring it does not use the glyphosphate pesticide, and encouraging more tree-planting.

He is also keen to encourage more rewilding and community gardens, saying: “They help people grow their own food and have less reliance on supermarkets, and it helps with the cost of living. It also gets people talking to each other.”

More action to reduce air pollution is also on his wishlist, with measures such as widening cycle lanes, increasing bike storage, and projects like the Bike Project to make cycling more affordable.

Scott stood for election in Dalston in May’s elections. His colleague Zoe Garbett became the first Green councillor for the ward.

He was previously an adviser for housing charity Shelter, where his work included helping those made homeless by the Grenfell Tower fire. He now advises small charities, including those working to address climate change.

“I want to help people access support and repairs,” he said, and suggested that changes are needed in a “difficult system to navigate”.

If elected, he pledged to signpost support for people hit by the cost-of-living crisis because a lot of information is online and those without digital access can miss out.

Another issue he cites is a sense from residents that when they are consulted, “they feel that it’s already been decided”.

“I really want to work with people to co-produce change,” he said.

The Greens in Hackney champion citizens’ assemblies where people can share their views.

Scott said there was also concern about crime, particularly people on mopeds snatching phones and bags.

“This has to be tackled by working with the police and ensuring that police action is done in the right manner.”

He was concerned when a police operation into bike- and moped-enabled crime in Dalston caused community upset when officers attempted to arrest a food delivery driver over an alleged immigration offence.

The full list of candidates for the De Beauvoir by-election on Thursday 7 July is: