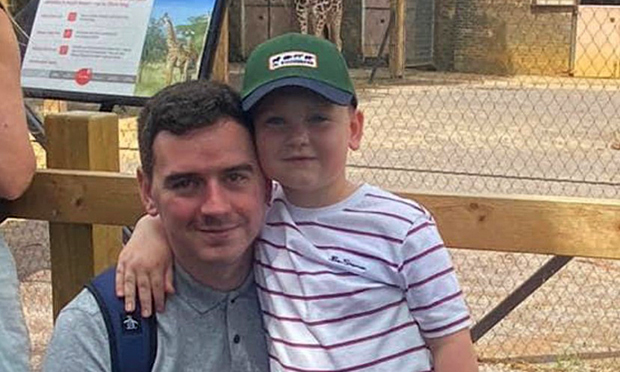 “My hope is that when a father goes to the doctor and says they are suffering from poor mental health as a result of not seeing their children, instead of being given a leaflet or a phone number to a stranger and sent on their way, they may be able to connect with someone else who is either going through the same thing or has done in the past,” said John Murphy.

The Hackney resident is using Father’s Day on Sunday to launch Hackney Dads – a peer-support group for local fathers no longer living with their children.

The idea is that members can provide practical and emotional support to one another, such as advice on the family court process. They will also work together to find fun and affordable community activities that will allow them and their children to socialise as a group.

Murphy said: “As far I’m aware, the only thing I’ve ever seen on the news regarding rights for fathers was Fathers for Justice years ago. Hackney Dads isn’t about dressing up as Batman and climbing Big Ben for attention – it’s just trying to promote real talk and real action.

“If you want help and guidance through a family court process we’re there for you, as not everyone can afford it. And on the other hand, if you only see your child every other week and may not do school pick-ups or know who their friends are, you can meet with other dads and their kids.”

Murphy is setting up the group as part of Volunteer Centre Hackney’s Together Better project, which empowers patients from GP surgeries to start activities that improve the wellbeing of residents and the wider community.

The local dad added: “I didn’t expect to get a call back when I sent over my idea to Together Better but hopefully now times are changing and in ten years’ time men can get support.

“Currently, if men told work they need to take every Friday as a half day to collect children from school they would get laughed at. Maybe jobs are changing but lots of dads in Hackney don’t have office jobs and don’t have the opportunity to take days off to do school pick-ups.

“Hopefully Hackney Dads will also raise awareness that there is a high number of dads struggling to get help and advice when trying to fight to see their children.”

To fellow fathers interested in joining the group, Murphy said: “Even if you have the same thought process as I did a few years ago, like ‘What’s the point?’, you never know what’s around the corner.

“With Hackney Dads, one day you may have a problem but you can meet another dad in the same position for half an hour while your kids are kicking a ball in the park, and they may have some advice that could make your life easier.

“You are not alone in seeking support.”

If you’re interested in joining Hackney Dads, or in finding out more about the group, you can contact Volunteer Centre Hackney’s Richard Howlett by email at richard.howlett@vchackney.org, or by phone on 07305 786174.

← Hackney Museum to explore local history of Chinese and Indian nannies‘Be disruptive in a positive way’: Founders of social enterprises in Hackney form network to share advice and expertise →