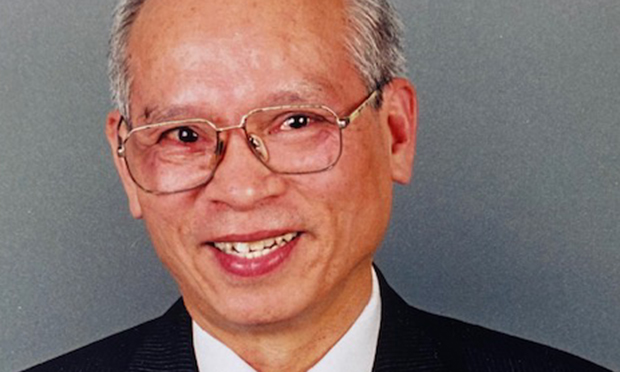 In April this year, my father Thanh Vu, who has been a prominent figure in Hackney for over 30 years, passed away at the age of 77.

He spent his life working, contributing greatly to the rich cultural heritage that Hackney has become. His life showed tremendous courage, resilience and survival against war and adversity.

My father came to Britain in 1979. Having survived the Vietnam War, he became a refugee escaping prosecution as a political councillor. He escaped with myself in a small wooden boat along with 40 other people. My mother, brother and sister were left behind in Vietnam.

We were at sea for two weeks, and food and water had run out when we were rescued by a British ship. We were taken to a refugee camp in Singapore, and then to another two camps in England before settling in Hackney.

Our family was finally reunited after five years.

My father’s desire to help others meant that within months of arriving in Britain, he was already working for the Refugee Council in the camp, helping to resettle other Vietnamese refugees. He continued this work for three years until the camp closed and people had been resettled.

In 1986, he founded the An Viet Foundation in Hackney.

For over 30 years, he empowered people to become self-sufficient by offering training and apprenticeships at the An Viet Community Centre, as well as at an Elderly Centre.

He also reached out to the wider community, holding numerous festivals and celebrations, both in the community centre and in Hackney Town Hall.

He also founded The Vietnamese Canteen inside the centre – one of the first ever Vietnamese restaurants in Hackney. It became infamous, a foodie Institution, attracting locals and movie stars who sat alongside each other over Vietnamese food.

In 2002, my father became the first Vietnamese in the UK to be elected as a councillor.

In 2006, he was awarded an MBE in recognition for all his contribution to the community.