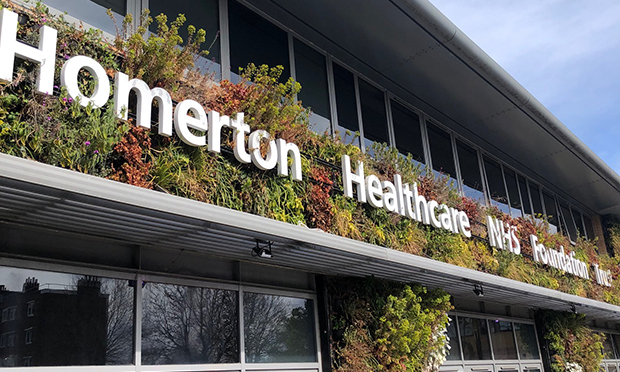 Homerton Hospital in Hackney has been caring for six patients with monkeypox, as the number of cases in England increases.

Six staff members who looked after the patients are isolating for 21 days, the hospital’s board heard at a meeting today.

By 23 May, there were 70 confirmed cases of monkeypox in England and one in Scotland.

Health bosses said there is only a low risk of infection.

Monkeypox is described as a “self-limiting” illness that does not spread very easily between people. It has been linked with travelling to west Africa.

The Royal Free Hospital in Hampstead is also caring for at least one patient with monkeypox in its specialist isolation facilities.

The hospital’s chief executive John Connolly told the board meeting that it meant some beds had to be “closed down” temporarily.

The Royal Free’s unit is run by a specially trained team of doctors, nurses, therapists and laboratory staff.

The hospital said: “Monkeypox is a viral infection usually associated with travel to west Africa.

“It is usually a mild self-limiting illness, spread by very close contact with an infected person and most people recover within a few weeks.

“The virus does not spread easily between people and the risk to the UK population is low.”

The NHS said “a notable proportion” of the cases are in gay, bisexual and other men who have sex with men.

Dr Susan Hopkins, the chief medical adviser of the UK Health Security Agency, said: “If anyone suspects they might have rashes or lesions on any part of their body, particularly if they have recently had a new sexual partner, they should limit their contact with others and contact NHS 111 or their local sexual health service as soon as possible – though please phone ahead before attending in person.”

Vaccines are being offered to people who have been in close contact with anyone diagnosed with monkeypox.

← Celebrated cartoonist to shine light on people who feel invisible with Hackney art trailHomerton Hospital boss warns it will take ‘months, not weeks’ to replace staff at beleaguered fertility unit →