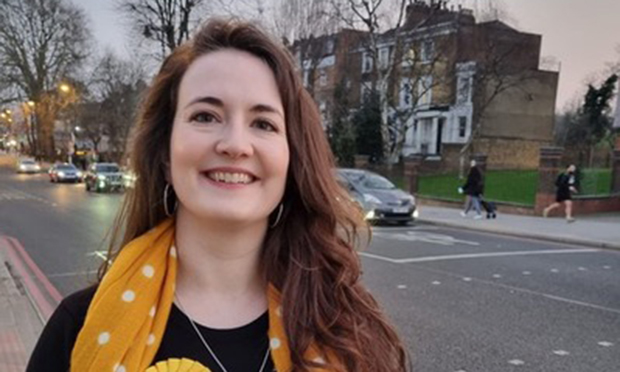 The future of two Hackney nurseries would be assured if Liberal Democrat Helen Baxter becomes the next mayor of Hackney.

She said on day one she would act to ensure the future of Fernbank and Hillside nurseries.

Hackney Council reversed plans to shut the two popular children’s centres after a campaign by parents and pledged to hold a wider consultation, but it warned of “difficult decisions” whatever is decided.

Baxter, who is an accountant, said: “We would protect subsidised places and we would increase subsidised childcare because it’s so important.”

She is no stranger to campaigning in Hackney during the challenging times caused by the pandemic. She ran for council in last year’s Hoxton East and Shoreditch by-election, in which the Liberal Democrats took fourth place.

She said: “We are just at the start of the cost of living crisis. It’s unfortunately going to get an awful lot worse.

“For some people, childcare is the same as their housing costs – a very high percentage of their salary.”

Children’s welfare has been put at the top of the agenda in Hackney after it emerged recently that a 15-year-old Black pupil, known as  Child Q to protect her identity, was strip-searched by police at her school whilst she had her period.

She said there needs to be a change in policing in Hackney and that police have to stop treating children as adults.

The Child Q scandal has highlighted and introduced many people to the concept of  adultification – where children, especially Black children, are treated as adults by adults.

“We need to refresh and start again,” Baxter said.

She wants to see police build trust between young people and the wider community.

If elected, “tough talking” and ensuring the community has a strong voice in policing in Hackney would be high on her agenda.

She added: “As mayor you have an important platform. I would bring people together, bringing schools, police and communities so they are face to face in a room.”

The council has  pledged to improve safety for women and girls, asking online for people to mark places where they feel unsafe and why.

She said it is “shocking” that women have highlighted lighting in disrepair. Her work checking up on funding for international development projects has revealed how important lighting is for communities everywhere.

She pledged to listen to residents in Hackney and bring in independent research while hearing from “a wide range of groups in the community”.

“I would be a mayor who listens to people – they know what’s best in their communities,” she said.

She branded the council’s current consultation process as “not fit for purpose” and said this has led to the debate on issues such as low traffic neighbourhoods (LTNs) “becoming toxic”.

Baxter said it means residents feel that the council has made up its mind before launching consultations.

She said it was essential to hear from everyone, not just the loudest voices, adding: “We believe in a data led, evidence based approach to policy making. I really think we need to put the power back to the people.”

And as for LTNs?

“I won’t be signing a pledge on either side.”

She believes that some LTNs can work and “we have to bring people with us” by listening, monitoring air quality and changing schemes where necessary.

“Some roads will experience increased traffic and that will affect air quality and that affects people’s lives,” she said. “A lot of people live on main roads in Hackney. In the short term it does cause problems and in some of those cases they might need to be reassessed.”

Hackney needs to work with neighbouring boroughs on LTNs to ensure that between them they are not inadvertently pushing more traffic onto artery roads.

Transport policy means more than car use however, especially in a borough where just 30 per cent of people own one.

Baxter wants improvements for cyclists in Hackney, with more secure storage, that will encourage people to walk or use bikes when they can.

If elected, she wants to scrap council tax for families who are struggling the most and lobby government to reduce the value added tax – from the current 20 per cent to 17.5 per cent, which she thinks would cut £600 in tax from the average family’s shopping budget every year.

Housing is also a challenge – with limited land and a need for truly affordable homes.

“The greatest tragedy in Hackney, which is still a diverse community, is that people are being priced out because they can’t afford to stay,” she said. “We have a housing shortage across London. It’s about getting the mix right.”

She wants to see tough negotiation with housing developers to ensure they build truly affordable homes.

“It’s about driving a harder bargain  with them,” she added.

As mayor, she would want to see the council building more with affordable rents and regular inspections of the temporary housing it uses to see if it is up to standard.

On the pandemic, she said Hackney is resilient but stressed that young people need support with their mental health after a “terrible two years”.

“I do not want them being afraid of the world.”

← Child Q: Metropolitan Police to bring in stricter rules for intimate searches of children‘My life is on hold’: Women waiting for fertility treatment at Homerton Hospital speak out over delays →