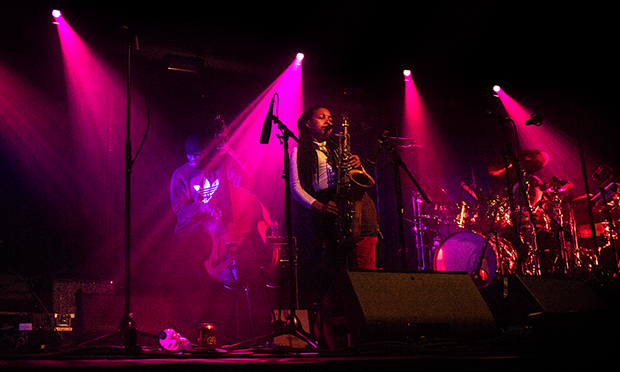 With London’s thriving young jazz scene making waves all over the music world, this year’s Jazz Festival was bound to be an exciting one.

And Hackney certainly struck lucky with its slice of the programme.

The old cinema venue in Dalston is packed out with a notable mix of people of all ages.

The shared anticipation is perceptible and little wonder – a recent BBC Radio 4 documentary described the inexorable rise of a collaborative community of London musicians united in their efforts to drive jazz forwards, variously tinged with elements of afro-beat and blues, grime and hip-hop. 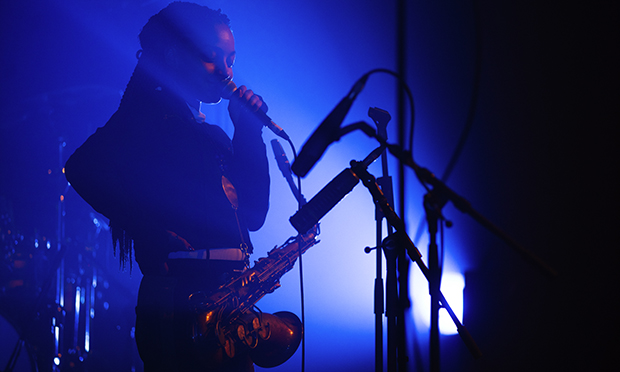 As an indispensable part of that movement, Garcia has little trouble attracting a huge and eager crowd. At a thousand-strong though, this is not your usual jazz club audience.

A low buzz of chatter hums from the standing crowd as Garcia begins her set, the breathy emotion of her delicate saxophone-playing sometimes getting lost in the rafters.

But she is a bandleader too, orchestrating a wholly collaborative performance which sees Benjamin Appiah on drums and Charlie Stacey on keys taking the lead and showcasing their considerable talents as Garcia dances, visibly transported by the hypnotic and relentless beat. 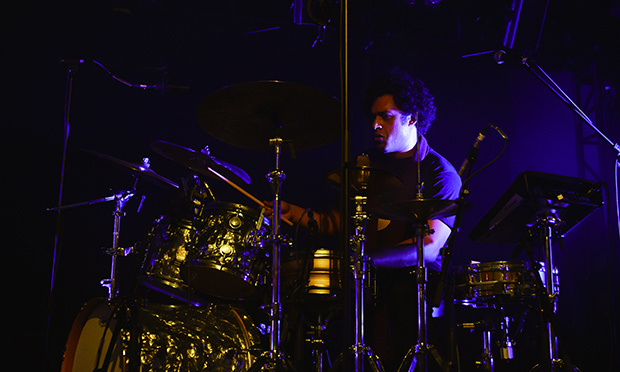 After a mammoth season of worldwide touring on the back of the success of her magnificent ‘When We Are’ EP, released in March this year, there is little doubt that she means it.

As she launches into her final tune of the night, the impossibly smooth ‘Lost Kingdoms’ from her debut album Nubya’s 5ive, people start shushing and complete silence descends.

This is Garcia at her finest: effortlessly cool, incessantly challenging and utterly mesmerising.

No mean feat for Makaya McCraven to follow but he comes close to surpassing Garcia with his high intensity drumming which has the crowd stomping their feet as sweat drips from his big afro.

Given that this event celebrated the physical release of the Chicago X London mixtape, entitled ‘Where We Come From’, there is definitely reason to be excited about what further collaboration between these two groundbreaking strands of jazz might bring in the future.