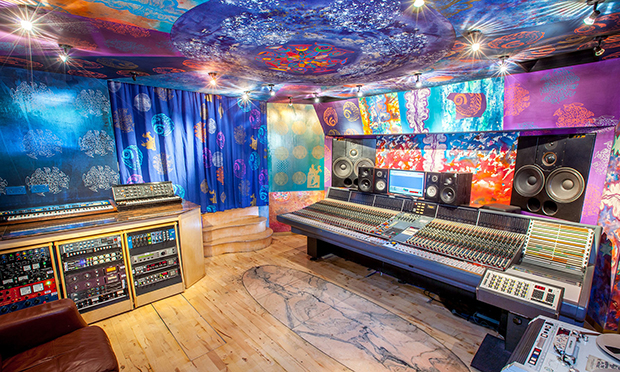 The original Strongroom studio, one of four in the historic Shoreditch venue. Photograph: Robin Kelly.

A rallying call of ‘Friends! Musicians! Visionaries!’ has been put out by a historic Shoreditch recording studio to protest the impact of upcoming development work on their business.

The Spice Girls, the Prodigy, Nick Cave, Radiohead, Björk, and Depeche Mode are just some of the acts who have passed through Strongroom Studios in its over 30-year history since it was started up by Richard Boote in a disused zip factory on Curtain Road in 1984.

Management fear the vibration and noise leakage from 18 months of planned construction work next door could make recording and mixing services unusable and critical listening impossible, and plan to stage a protest at Hackney Town Hall from 6pm on 12 December “to make it clear to the planning committee that our culture and our community should be protected against the rampant march of gentrification”.

A Save Strongroom spokesperson said: “We’re disappointed to learn that the planning officer overseeing this case has entirely ignored all of our concerns, and is recommending the committee grant the application.

“This is a heinous, reckless decision that would set the precedent for further similar large-scale redevelopments with no consideration of the serious impact to existing communities and industries.

“We absolutely cannot allow this to happen.”

Music producer Ben Baptie, who has worked with acts including Amy Winehouse, Arcade Fire and Young Fathers, added: “Strongroom Studios is where I work from all of my creative output. From the moment I first started working here I realised that this was a special place, and not just for me, but for recording artists too.

“The cultural relevance of Strongroom is one that cannot be ignored when looking at the musical output in the UK.

“Making records is not an easy or quick thing but Strongroom is a place where you feel comfortable doing that, and that is not to be ignored.

“It takes so much hard work from so many talented people over a long period of time to make that happen, and with each record made here it’s importance only grows.”

Almost 6,000 people have now signed the Save Strongroom petition addressed to Mayor of London Sadiq Khan, as well as Hackney MP Diane Abbott, a range of government ministers, Hackney Council and the borough’s residents.

Planning officers have produced a report recommending councillors approve Curtain Road Properties Ltd plans for the new six-storey office building, which have been submitted through an agent, despite accepting the impact that it will have on Strongroom’s operation.

The planning consultation also attracted a response from the Mayor of London’s Culture and Creativity Team, which pointed out that the Strongroom Bar is classed as one of London’s 94 grassroots music venues.

According to the Mayor, a third of such venues have been lost in London since 2006. 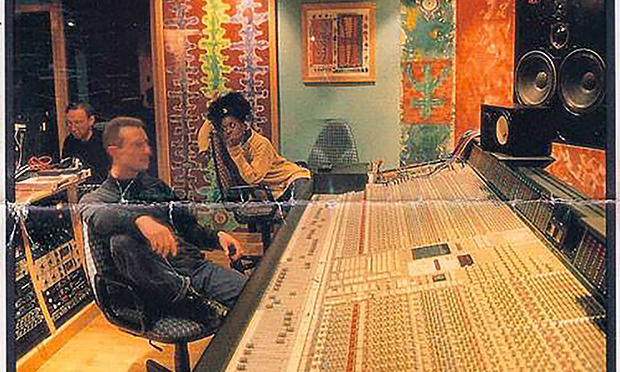 The report states: “Whilst it is acknowledged that the construction of the proposed development is likely to have an impact upon the operation of adjoining business during the construction period, including the Strongroom Studios, the planning authority must consider whether it would be reasonable to refuse planning permission on the basis of such an impact.

“While the specific characteristics of this and other adjacent noise sensitive premises have been taken into account, it is not considered reasonable to refuse the proposed development on the basis of the potential impact of construction upon these businesses, particularly given the temporary nature of the impact.”

Officers add that while it is council policy to “resist the loss” of arts and culture facilities, the proposal on paper only sees the loss of the “storage and distribution” buildings which the office space will replace, and a construction management plan will mitigate the impact on Strongroom “as much as it practically and reasonably possible while still allowing the redevelopment of the proposal site to come forward”.

Strongroom has spoken out not just based on the loss of earnings which it and other businesses face, but have raised serious concerns over the threat of the vibration from construction on rare and fragile recording equipment, as well as throwing their courtyard into shade.

The studio adds in its petition: “Creative industries are an important asset to the development and continuation of cultural growth in the area. Developments such as this will kill culture.

“There is a point of philosophy here to be explored, which is to what extent should a development be allowed if it will seriously and deleteriously impact the livelihood and success of a business such as a recording studio which brings not only revenues and employment but also kudos to an area.”

Hackney’s planning sub-committee will decide the application on 12 December at 6.30pm.