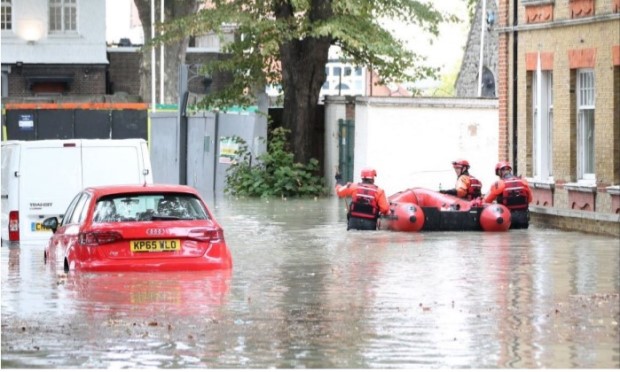 Hackney residents have slammed Thames Water for the level of its response to recent serious floods which caused damage to their homes, businesses, green spaces, vehicles and roads.

Fourteen different branches of Hackney Council, as well as the fire service and police, were mobilised to provide assistance when a major water main burst in Waterworks Lane on the evening of 2 October.

Lea Bridge community members were present at a special meeting of the Living in Hackney scrutiny commission on 21 November to voice their distress at how Thames Water had dealt with the disaster.

Resident Katherine Dane said: “We were up all night anxious, watching the flood coming in. We were watching it come up into the parking bays.

“As the day progressed, it is still flooding, we’re watching it come up to the flats and houses. There are no sandbags, and no-one telling us what’s going on.

“We don’t know if the water is going to be diverted anywhere or if it might be stopped, and people are starting to panic if they’re going to have to be evacuated.

“The water continues to rise. There’s no way to get over the fence, there’s no exits, and still no-one telling us what the plan is, what you have in place, what the next steps are and how to feel assured. We did it all ourselves. There was no emergency plan, nothing, and this caused stress for days.”

Some residents described being asked to queue to speak with loss adjusters as the first point of contact with the company on the day, and a lack of any action to provide sandbags by the company.

Councillors who were part of the commission were unanimous in their criticism of the water body’s emergency procedures as “inadequate”, with chair Cllr Sharon Patrick (Lab, Kings Park) pointing out that Thames Water had made commitments to improve after similar large bursts in Angel and Stoke Newington.

Cllr Sade Etti (Lab, Clissold) said: “When you look at what happened in Islington in 2016, it was the same problem with Thames Water.

“Is it our own residents and taxpayers that will have to pay for all the time and energy that was used for your own negligence? Moving forward, there shouldn’t be any excuse. I’m not interested in any shareholders, but in you putting things right.

“We don’t want to see this any more in Hackney, this should be the last time. It takes its toll on everyone.”

According to correspondence presented to the meeting by Cllr Ian Rathbone (Lab, Lea Bridge), 267 programmes of emergency works had to be carried out by Thames Water in Hackney between October 2017 and April 2018.

Thames Water are accused of a lack of investment in and understanding of their pipework in the 9 October letter, sent to Rachel Fletcher, chief executive of water sector regulatory body Ofwat from chair of the London Joint Authorities Group Ian Law.

Rob Hales, Thames Water’s customer delivery operations manager, accepted at the meeting that to upgrade and make good the entire network, which includes pipework dating back hundreds of years, would be a 40-year job.

Concerns were also raised over the Old Schoolhouse, a Grade II*-listed building which had been narrowly saved from conversion into luxury flats by Buddhist charity Chan Khong Monastery UK, only now to be damaged by floodwater. 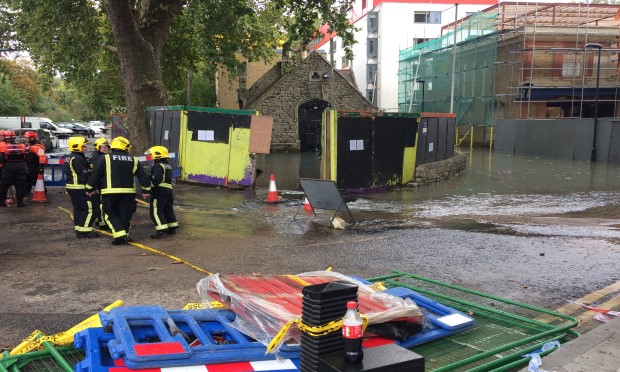 Cllr Rathbone, who has championed the Old Schoolhouse for 14 years, said: “This company is totally 100 per cent non-responsive to residents, to elected representatives, and to anybody else who asks questions its performance.

“It needs to be nationalised, and the sooner the better. It’s a private company accountable to no-one.”

Speaking after the meeting, Cllr Rathbone added: “I have been in conversation with Thames Water about the restoration of the Old Schoolhouse and will be writing to them with more details of what’s required and making a bid for a suitable donation from them to help the new owners to complete the work and open up for the wider community to use and benefit from.

Sean Walden, head of North London water networks, said at the meeting that the company was “dodging no bullets”, accepted that its emergency measures had fallen short of what was expected, and signalled an openness to seek advice from Hackney Council’s emergency planning department.

Walden said: “I can’t answer why sandbags weren’t put in for fourteen hours.

“An awful lot was being done, but we’ve got lessons to learn regarding the emergency response here.

“This happening twice in such close geography is unusual, but I guess that’s what emergency plans have to be prepared for – it’s not routine.

“Over the next five years, we’re looking to invest £11.7 billion to run the operation and replace pipes. That’s an over £2 billion increase in investment.”

Walden was brought up short by a resident at one point when talking about Thames Water’s “customer base”, who said: “We’re not customers, actually, because we can’t take our custom elsewhere.”