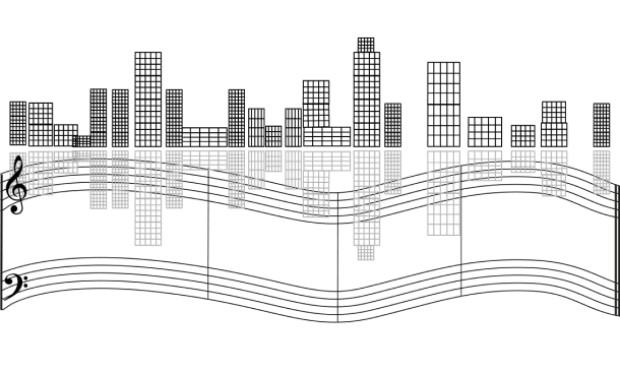 Regeneration Songs is a collection of essays, poetry and fiction with the common theme of urban renewal in east London.

There is a strong focus on the Docklands and the so-called ‘arc of opportunity’, an area hugging Newham’s border from the Royal Docks in the south to the Olympic Park in the west.

The chunky volume of 27 contributions spanning 500 pages is the result of a multi-media research project led by academics at the University of East London together with journalists and artists.

The original impetus for the endeavour was the unearthing by artist Alberto Duman of a Newham Council promotional video entitled London’s Regeneration Supernova, made for the Shanghai World Expo of 2010, which depicted east London as a prime opportunity for property developers.

The project then grew around the themes of place, ‘placemaking’ and gentrification. 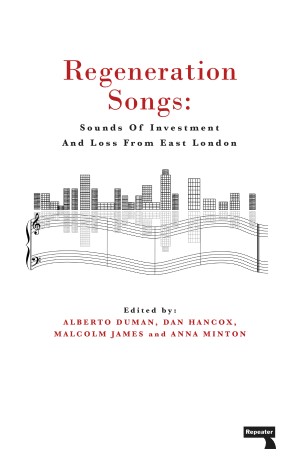 The collection of texts is unusual in its diversity, spanning as it does academic analysis, personal accounts and literary works.

More care might have been taken by the editors to avoid empirical overlap, as the basic facts of the area’s recent experience of regeneration are conveyed in several of the essays.

Readers may also find the tone of some of the contributions a bit preachy, and one wonders whether the editors’ objectives might not have been better served by focusing on the more oblique and engaging texts rather than those that largely repeat the now familiar claim that regeneration is a capitalist ruse threatening vibrant east London communities.

A particularly unfortunate editorial choice was the volume’s opening gambit, the dialogue between Alberto Duman, Andrea Phillips and Anna Minton that follows the introductory chapter.

Replete with academic jargon and passages such as: “I think it begins with Foucault and homo economicus, his narrations of how neoliberal ideas in their early days really looked out for subjectivities, and where they go in order to find them.

“It then reconnects with Boltanski and Chiapello and the ‘New Spirit of Capitalism’ for which the artist is being called out as directly culpable for having provided neoliberalism with the subjectivity it was looking for.”

Ordinary East Londoners are shooed away from the account of their neighbourhoods by verbiage like this, in the same way that they are gradually being displaced economically from the area under analysis.

Intrepid readers who can weather the opening pages will, however, find real pleasure in the different visions of east London portrayed in these pages.

← ‘Big step forward’: Hackney Council to get half of its power from renewables by April 2019Mayor of London pledges £25,000 for Clapton toilet revamp – but campaigners must raise the same amount in the next month to get it →