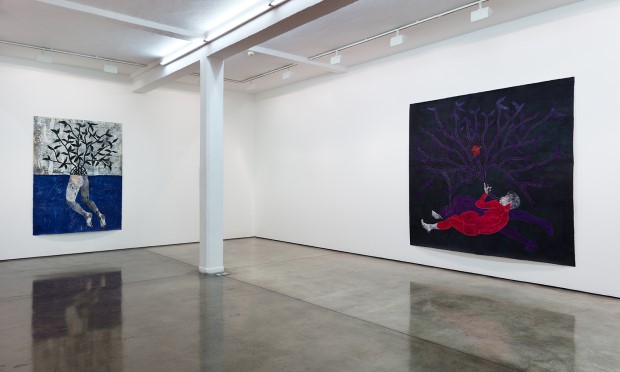 Myth, migration and identity are themes woven through the rich new exhibition of work by Mexican artist Felipe Baeza at Maureen Paley.

The artist’s first solo show in the UK, this collection of seven multimedia images reflects a range of techniques, including layering, collage and décollage. 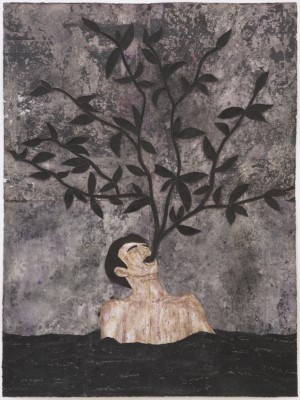 Ahuehuete, 2018. Image: courtesy of the artist and Maureen Paley

Stories of rupture and regeneration from Mayan and Afrofuturist mythology permeate the richly coloured and textured paintings.

Resonant in these images are the perils of crossings, both physical and metaphorical.

Baeza, who has himself migrated to his current home in New York, says of his work: “I aim to render visible those bodies and histories that have been rendered invisible and have disappeared.

“In making the invisible visible and vice versa I aim to challenge those notions that keep people in the margins. 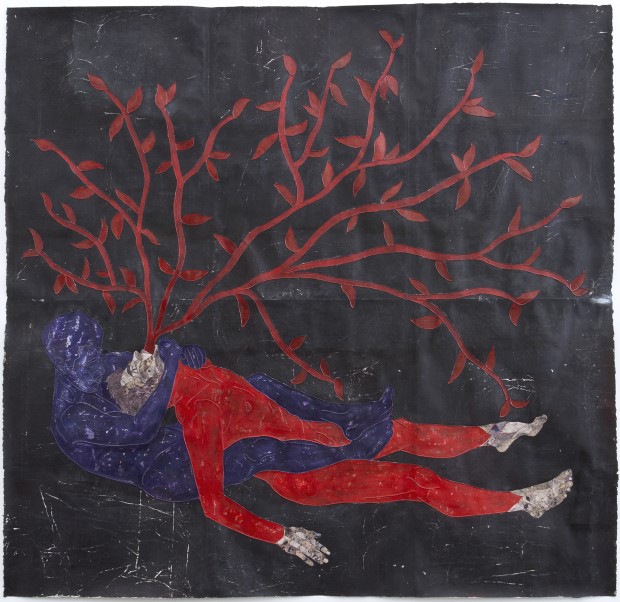 my vision is small fixed to what can be heard between the ears the spot between the eyes a well-spring opening to el mundo grande, 2018. Image: courtesy of the artist and Maureen Paley

“In these pieces I exploit collage and printmaking elements to show how the body undergoes fragmentation or is pulled apart and dismembered, then reconstructed.

“This leads to questions I present such as how one honours those who are no longer with us and have disappeared in the process of migrating for a better life.”

← Action plan to contain multimillion pound overspend at Homerton Hospital‘Big step forward’: Hackney Council to get half of its power from renewables by April 2019 →