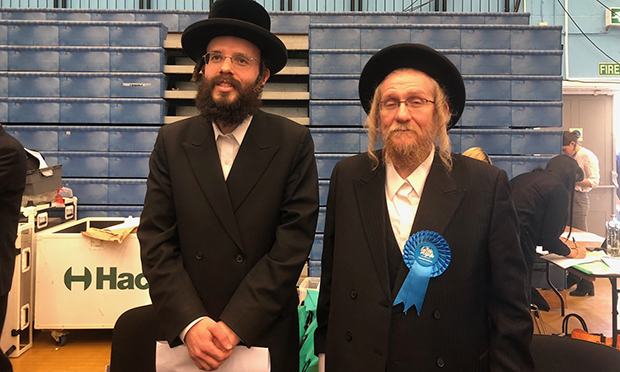 Hackney Labour party is calling for the resignation of Conservative councillor Aron Klein.

Rumours began to spread in October that the Stamford Hill West councillor had applied to join the Labour Party – and Hackney Conservatives have now admitted that “it looks like” he did.

Labour sources allege that they noticed the name Aron Klein on an application form for the party in September, and approached the applicant to confirm the apparent defection of a Conservative councillor

The applicant appeared not to understand that they could not be a member of two political parties at the same time, according to Hackney Labour.

The application was then cancelled once it became apparent that Klein was not resigning from the Conservative party.

Cllr Simche Steinberger (Con, Springfield), has since said: “If he has applied for a membership, which it looks like he has done, he was doing it to be cheeky and make sure Corbyn stays.”

Cllr Klein, however, has denied the rumours, saying that he remains a Conservative party member and is the victim of a prank.

A Hackney Labour party spokesperson said: “It is no surprise that Conservative Councillor Klein is wanting to join the Labour Party, with our excellent results last May gaining two council seats, a sign that our exciting manifesto is a vote winner, and a landslide win for Labour in the recent Victoria ward by-election.

“Contrast that with the very poor performance of Hackney Tories in their representation of people in their wards, and in the local polls – coming almost bottom of the poll in the Victoria Ward by-election.

“However, Cllr Klein seems somewhat confused as he also wants to belong to the Conservatives as well – a party for the few, not the many.

“We think as he cannot make up his mind, he should resign and give a party which truly wants to end austerity and does know what it’s doing a chance to get the job done – for the many, not the few – in Stamford Hill.”

Hackney Conservatives and Cllr Klein were both approached for further comment.