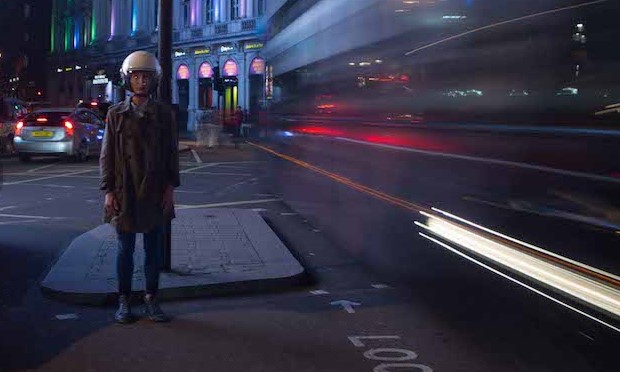 Haggerston art gallery Guest Projects is to host the first exhibition curated by a new collective of young artists – who are aiming to break with tradition in an art market “dominated by collectors and established names”.

Hush Hush: Conversations with Myself is put together by Concrete Assembly, made up of curator Maisie Linford and artists Cosima Cobley Carr and Pietro Bardini.

The trio, who do not come from what they describe as a “traditional academic art background”, met on the Barbican Centre’s young artists’ programme last year.

United by a desire for a more democratic approach to art, they set out to organise an exhibition “built on a desire for collaboration” – in a city that they believe is “increasingly inhospitable to emerging artists who operate outside traditional art funding models”.

That approach started with a choice to crowdfund the money required to put on Hush Hush, which takes place on 17-19 August, and extends to their curation choices.

Their decision to base the exhibition on a theme, rather than a certain style or medium, is deliberately designed to bring together artists and audiences who may not ordinarily have met.

Those artists span various art forms, from music, language and moving image to painting and performance.

Linford said: “The conversation around art is often dominated by older people – collectors or those already established within institutions.

“Young artists and curators can offer distinctive ways of looking at the world which aren’t clouded by the same commercial and reputational goals or bias that are entrenched in the traditional art market.

“We can take chances and look at things that we relate to on an immediate and personal level.” 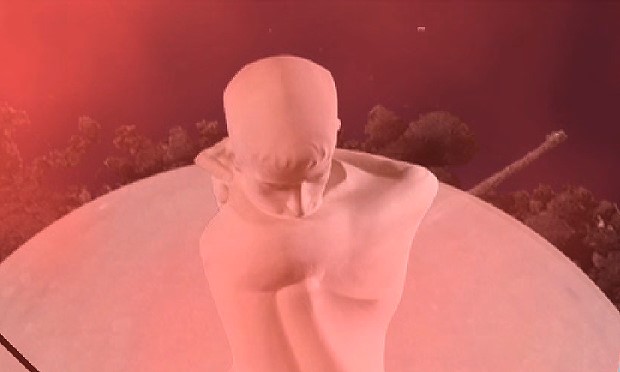 A still from Ideal Deficiency by Austrian artist Dagmar Schürrer, who will exhibit at Hush Hush.

But that risk-taking attitude requires a supportive gallery, and Concrete Assembly have found a kindred spirit in Yinka Shonibare, internationally renowned artist and the brains behind Guest Projects.

The gallery, located on the edge of Regent’s Canal, just south of Broadway Market, is described on its website as a “laboratory of ideas; a testing ground for new thoughts and actions”.

Shonibare said: “Over the last 10 years, Guest Projects has continued to take chances on young multi-disciplinary artists, giving them a space to take risks, experiment and collaborate.

“The space provides an alternative universe and playground for artists and curators.

“We are honoured to be supporting Concrete Assembly in their first exhibition as a collective at Guest Projects this August.”

One of those exhibiting at Hush Hush is language artist Melanie Eckersley, whose video piece The State of Grace addresses the dissonance between reality and social media representations of our inner thoughts.

She said: “Just like clay or steel, languages have familiar structures that you can mould in new and interesting ways.

“Internal dialogue has one of the loosest structures – it looks like a Shakespearean monologue, but a little more rhythmic.

“What’s most interesting is where inside thoughts live. Your head is an intimate, womb-like space. Making these thoughts public, voicing them out loud, is sacrilegious.

“I love and hate this level of exposure, this level of invaded privacy. It hits close to home with the way technology is evolving and it speaks to me. It’s a theme that I return to a lot.”

In line with Hush Hush‘s focus on multidisciplinary art, the exhibition will be punctuated with musical performances in the evenings, opening with a show by Cephalopedia – a group of artists who combine neuroscience with innovative sounds and displays.

The troupe uses a high-tech invention which they call an “Experience Helmet” to create music from brainwaves.

The following night will see sets from Pet Grotesque, Katie Fiore and Pietro.

On the final evening, the gallery will host a dinner for all of the artists involved in Hush Hush, along with those who backed the exhibition on crowdfunding website Kickstarter – a fitting end for a show which Concrete Assembly hopes will forge a closer link between art and audience.

Hush Hush: Conversations with Myself opens at 6pm on Friday 17 August and closes at 6pm on Sunday 19 August.

For more information about the exhibition, please visit guestprojects.com