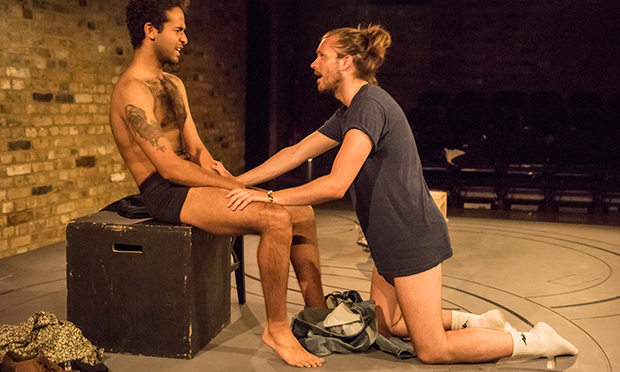 Five plays, 75 minutes: this is Scene Gym Shorts, an innovative idea that landed at the Arcola Theatre on Sunday (15 July).

The Scene Gym concept, developed over the past two years by actor Julia Taylor, is to enable writers, directors and actors to work up scenes collaboratively.

A selection of the project’s most promising short plays are then staged in a one-off performance in front of a real audience and before being taken on for further development.

For theatre-goers, Scene Gym Shorts was an opportunity to see a crop of fresh new ideas on stage. 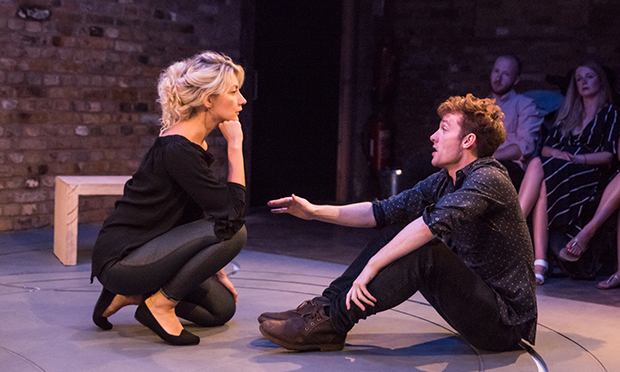 ‘Fast-paced’: Suzy Gill as ‘she’ and Christopher Adams as ‘he’ in Out of the Dark. Photograph: Arcola

The stand-out play was Out of the Dark, written by Suzy Gill and directed by Fay Lomas, a fast-paced ‘drama in spoken word’ dialogue between a couple (Suzy Gill and Christopher Adams) struggling to come to terms with their child’s disability and the effect it is having on their lives.

Also gripping was Lovesick, written by James McDermott and directed by Roman Pedro Berry, a series of telling encounters between a gay man seeking love (Brad Johnson) and partners often more interested in sex (all played by Isambard Rawbone). 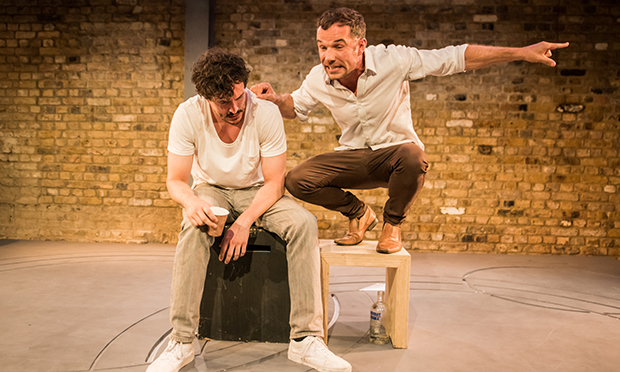 Debris, written by Joe James Stu, directed by Quentin Beroud with Alex Defert, deserves mention for the whackiness of its central conceit (a man (Matt Kyle) falling from the sky into the living room of another (Matt Hyde)), though the overall psychological punch was less than the sum of its parts.

With hardly any set and casts of no more than five, these short, taught plays relied on dialogue to do their work, and result was a number of visceral performances.

Hackney audiences can hopefully look forward to the return of several of these productions in full-blown form.