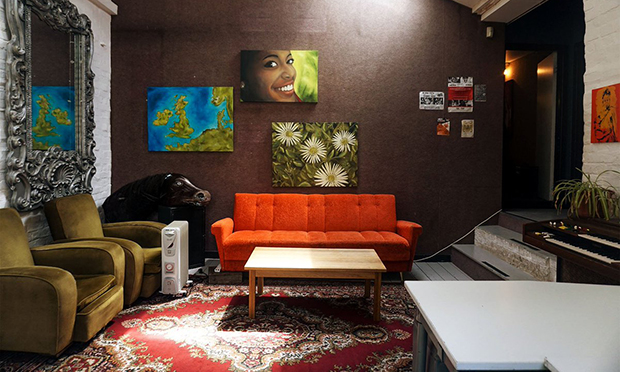 Burgled: Reel Rebels’ studio is in the heart of Stoke Newington. Photograph: Twitter

A local radio station has launched an appeal to help it replace expensive kit and cash that was stolen from its Stoke Newington studio on Tuesday.

Reel Rebels Radio has become a popular community voice since it was founded in 2010.

The station trains people with learning disabilities or suffering from mental illness to broadcast, DJ and produce.

Really really rubbish news. Last night @ReelRebelsRadio​ was broken into and burgled. If you can spare a few quid to help out to replace what was stolen, please do, and sharing this appeal will be a great help too. Thanks in advance xhttps://t.co/nSilHM6RD5

But the station’s studio on Bouverie Mews was reportedly burgled on Tuesday night, with broadcasting equipment and a tin of petty cash containing £64 now missing.

Reel Rebels has set up a crowdfunder to help recoup its losses.

The station is trying to raise £1,069 to pay for two Pioneer CDJs, a mixer, a burglar alarm, two strong locks and a locksmith’s fee.

The campaign has collected almost £400 in 24 hours.

Please help @ReelRebelsRadio they were the catalyst for saving my father

A statement on Reel Rebels’ GoFundMe page, posted the day after the alleged robbery, reads: “Today, Connor, a young DJ with learning disabilities, came to do his regular radio show and couldn’t because our CDJs and 12-channel Yamaha mixer had been stolen.

“He is very upset but hopeful that the radio station will be up and running again soon.

“The thief has not only taken equipment, which is ultimately replaceable but more importantly, they have stolen the joy that some of the most vulnerable members of our community experience when contributing to our radio station.”

The station adds: “Any amount of donation will be so appreciated. Even unwanted equipment which can be collected. On behalf of the team at Reel Rebels Radio Station, we give you a heartfelt thank you.”