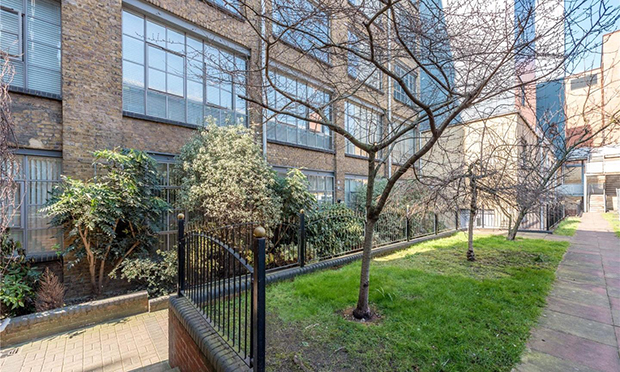 Residents of a former chocolate factory in Hackney are hoping to thwart plans for a hotel just metres away from the building – as businesses housed in the lower floors warn the move could ‘put jobs at risk’.

The historic Chocolate Studios, located in a conservation area just off Old Street roundabout, was restored in 2002, with developers Westcombe Homes describing it at the time as “the rebirth of a local icon”.

However, the studios’ residents and businesses are now battling plans by Westcombe and Acre Hotels – run by the same Pankhania family who own Westcombe Homes – for a Hampton by Hilton establishment next door.

Surveyor Andrew Cartmell told the Citizen the proposals will have a “major adverse impact” on at least eight flats in the block.

Cartmell, whose firm Point 2 Surveyors specialises in sunlight analysis, said: “The levels of daylight to these rooms will be reduced by more than half of their existing value, and in one case reduced by 87 per cent.

He added: “I believe there will be substantial reductions to the levels of daylight enjoyed to numerous flats within the Chocolate Studios as a result of this proposed development and that the retained levels of daylight will be very low, below that which is considered appropriate for a dense urban area.”

Cartmell says full details of the potential impact on the block ought to be set out to Hackney’s planning committee.

Chocolate Studios resident and architecture professor Alexandra Stara said: “The entire process has been so alarmingly in favour of these developers.

“There has been a catalogue of errors throughout the process, and some glaring inconsistencies with the proposal such as inaccurate drawings and sunlight studies, misleading claims about average distances between our building and the proposal and more.”

Residents claim that errors in Westcombe’s planning application puts the new development just a few metres away from their homes in certain places, rather than the planned 10-12 metres.

Leaseholders allege the hotel would permanently block part of their escape route through Westland Place, with no access to the outside on the eastern side of the property during the construction process.

Businesses housed in the building are also worried about how the hotel will affect them and their employees.

Action PR, a health and fitness PR company, said in an impact statement seen by the Citizen: “The construction process just 3-4 metres from our front door [will result] in the total boarding up of our windows and doors […] and puts jobs at risk for those small businesses based in Chocolate Studios.

“We cannot afford to lose, not just the £50,000, but the hours we invested in designing and managing the development of this space.

“It was budgeted to be spread across five years at minimum. Our staff are anxious about the future of their jobs as they are aware that this development will have a significant impact on cash flow.”

A Hackney Council spokesperson said: “This is a live planning application, and, as with all applications, will be judged on its merits in accordance with national, London-wide and local planning policies.

“The application is still subject to full public consultation, and all comments received will be fully considered during the planning assessment of the application.”

The Citizen understands Hackney Council has been made aware of the evidence of errors in the development’s planning application, and has signalled to residents that all inaccuracies must be taken into account before the development comes before Hackney’s planning committee.

A representative from Westcombe Homes could not be reached for comment.

A statement on their website reads: “Our experienced acquisitions team identifies sites and buildings in key locations with the potential for excellent occupancy. We have the expertise to establish and deliver a successful development strategy, and to achieve operational excellence in the management of the hotel.”

You can see a drawing of the hotel plans here