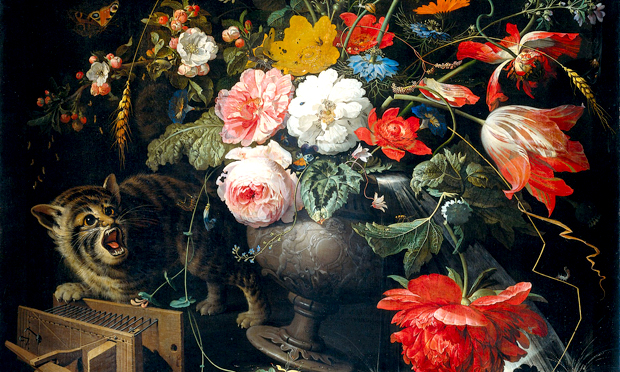 Having overdosed on woody asparagus and watery strawbs, the time has come to brighten up our food with cheerful blossoms and delicate perfumes.

A scattering of bright blue borage flowers over a green salad or a pale purée delights the eye and refreshes the palate. If you chew some of these flowers they have a pleasant nutty taste, slightly bitter, but not excessively so. Floating on a mildly alcoholic refreshing summer chilled drink, they help to mitigate the cucumber you might have added too much of.

Hackney has an interesting role in the history of edible flowers. It is hard to imagine Sutton House, in the midst of one of the most dense and crowded parts of the borough, as a tranquil rural retreat from the noise and bustle of the City, but it was here that Ralph Sadler, a talented and ambitious young lawyer and courtier, chose to build a startlingly modern new house, called ‘Bryck House’ locally on account of the expensive materials it was made from.

While intrigues at court and diplomacy abroad occupied statesmen and princes, their wives, and those of the lesser nobility, were running large households and estates, similar to the establishment in Hackney.

Few left written accounts of their lives, but many domestic notebooks survive. Elinor Fettiplace was fortunate to have in life a network of friends in the landed gentry, and in death an afterlife in Hilary Spurling’s edition of her household recipes.

This brilliant evocation, by one of our foremost biographers, of the responsibilities of a seventeenth century housewife is drawn from a stout thick notebook in which the earliest date is 1604. The entries are random, so Spurling’s rearrangement of the recipes following the seasons helps us understand the life of Ralph’s wife in Hackney.

At a time when arranged marriages were part of the complex web of dynastic power structures of the aristocracy, our Ralph chose to marry for love, and since his wife was an ordinary girl and could not therefore be present at Court, she must have been thankful to have a kingdom of her own in Hackney. 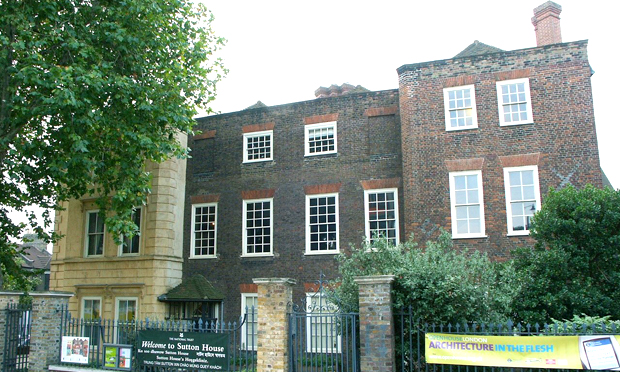 “A kingdom of her own in Hackney”: Sutton House. Image: Wikimedia Commons

The placid countryside of small villages and farmland was ideally placed for easy access to work in the City, and convenient escape from it. It was also ideal territory for the market gardeners who made a living supplying vegetables and fruit to city dwellers.

Helen might have followed the Fettiplace routine of making massive quantities of preserves – jam, jelly, perfumed waters and vinegars, fruit and flowers in syrup or crystallised sugar. Her range of flowers was huge: roses, wallflowers, borage, violets, primroses, marigolds, elderflowers, jasmine, carnations and pinks, and many more. She processed them in various ways to keep the scent and colour of ephemeral buds and blossoms to perfume and decorate salads and desserts, and flavour cordials and tonics.

Spurling calculated that it would have taken an acre of rose bushes to provide the petals for a moderate amount of Fettiplace’s distilled rosewater, far more than an ornamental formal garden could have yielded.

We are happy in Hackney today to be able to get rosewater and rose petal jam and citrus blossom water from Turkish and Asian stores, grateful to short cut the laborious process of conversion. Look for Anissa Helou’s blog, with her hilarious accounts of making orange blossom jam in Sicily; but even on a small scale the time-consuming perfectionist toil and trouble are always worth it in the end, she says.

Damask or musk roses are cultivated in Turkey, Bulgaria and many countries in the Near and Far East, as a flourishing agribusiness, where huge sacks of rose petals, harvested in the very early morning, before the sun dispels the fragrant oils, are processed and fed into state of the art distilleries, and so eventually become rose water, or oil, or essence, or whatever product required. These can eventually be used in cosmetics as well as the edible uses that we have enjoyed for centuries.

Renaissance banquets in Italy became models of refinement for the rest of Europe, and the more elegant and graceful items were the bowls of rosewater and perfumed napkins offered to guests to clean up between courses. Most food was eaten with the fingers, a very pleasurable way of enjoying its sensory qualities.

Babies get the idea – grab at something that smells good and feels good and slosh in your face; we all do this, as touch and taste and smell contribute to the impact of a delicious meal. “Finger-lickin’ good” we say, wiping our greasy chops.

Renaissance cooks were intuitively aware of this, as the scent of fragrant rosewater mingled with the aromas of spiced meat and perfumed puddings, a costly refinement when you think of those acres and acres of rose bushes and hours and hours of preparation, and the expense of exotic spices from far-away lands. 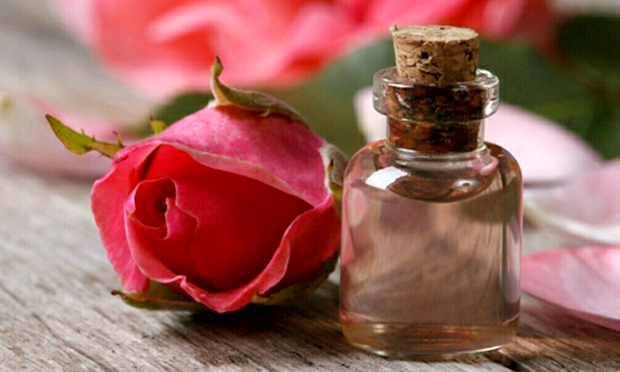 The visual aspect of perfumed flowers used as decoration was another sensory delight. Bartolomeo Scappi adorned a lettuce salad with borage flowers, and sometimes included flowers in a mischianza or mixed salad. Most of the flowers mentioned above were used as flavourings or decoration, but there is little evidence of this in art.

Kitchen scenes or still-lifes do not show flowers in a culinary context, and we have come to see the Dutch flower paintings of the seventeenth century as static displays of rare blooms, a contrast to the earthy vegetable markets or gross displays of fish and meat. But looking closely at some of these flower pieces it is interesting to see how many of them are edible.

They are a showpiece for the virtuoso skills of the painter, and a precious record for the owner of a valuable tulip or an exotic tropical plant, and can be interpreted as a moralistic comment on the transience of the joys of life, but the exquisite dewdrop quivering on the petal of a newly opened rose has more meaning for us now that we can see it as a source of a commercially produced perfume, and the flowers in the painting at the top of this piece, by Abraham Mignon, are both homely and edible.