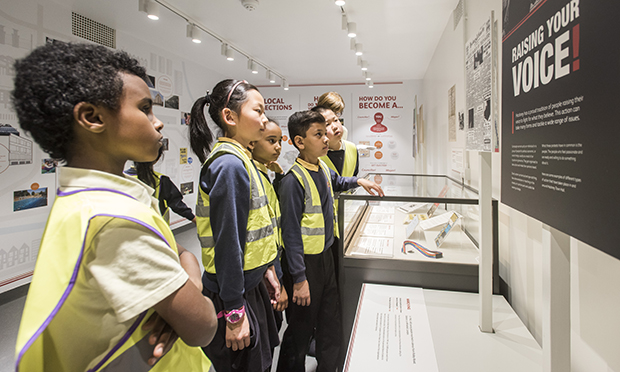 Hackney Town Hall’s long hidden vaults are to open to the public for the first time on 31 May to celebrate London History Day.

The newly refurbished underground chambers, which have been kept under lock and key since the Town Hall first opened in 1937, have been turned into a three-room exhibition celebrating local politics.

Following next week’s launch, the vaults will be incorporated into free tours of the Grade-II listed building on Mare Street, which will now take place twice a month. 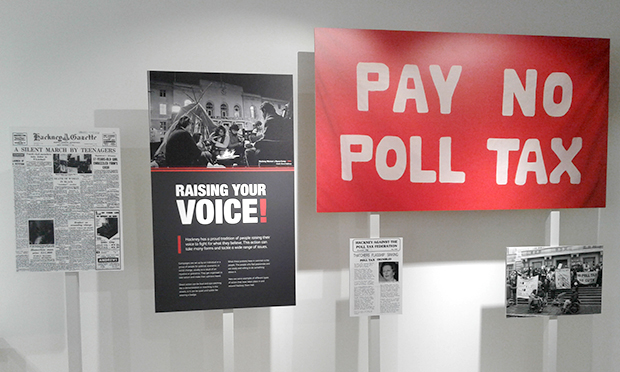 Among the items on display are a copy of the Humble Petition for women’s suffrage from over 100 years ago, a photograph of poll tax protestors outside the Town Hall in 1990, and anti-National Front leaflets from the early 90s.

A mock ballot box has also been installed to show people how easy it is to vote.

A Hackney Council spokesperson told the Citizen: “The new Vaults display uncovers the history of the council and its functions, as well as exploring how residents in the past have used the building to help make change happen.

“From delivering petitions to becoming councillors themselves, there are loads of ways residents can get involved.

“This also includes voting, so we have part of the exhibit where people can learn about how and why we vote, and even have a go with the mock ballot box, to understand how easy, simple and effective voting actually is.”

The exhibition is designed to be visited by schools, with pupils able to learn more about voting in local elections and other ways to make their voices heard, such as campaigning or signing petitions.

Morningside School Council got a sneak peak behind the scenes ahead of the opening.

Year 5 councillor Ebenezer Zelalem said: “I would like to be the Mayor of Hackney one day. I would say other children should come and visit as you can see a lot and learn more about what they do at the council.”

He said: “It is important that the citizens of Hackney have a sense of civic ownership and can explore their Town Hall, the heart of civic life in the borough, to find out more about its history and what actually happens within its four walls.

“The tours and new history exhibition really bring to life local democracy and activism, and explain how residents have always played a key role in shaping this building and the borough’s politics.” 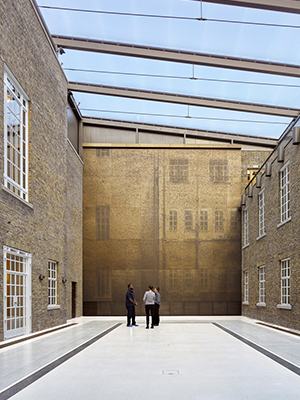 Hackney Town Hall was designed by architects Lanchester & Lodge ahead of its opening 81 years ago.

Most of the furniture and fittings were specially crafted to match the building’s art deco style.

The recent refurb, led by designers Hawkins Brown, recently won an award from the Royal Institute of British Architects for not just restoring a civic landmark to its former glory, but updating it for modern use.

The project retained the original art deco features of the building, while creating new spaces for events, weddings and ceremonies – including two new covered courtyards.

The Citizen revealed in April that Hackney Council has raised £97,000 from renting out new event space at the Town Hall – an average of £12,000 a month since the refurb was completed last June.

If you’d like to book a place on a free tour of the Town Hall, please visit the council’s Eventbrite page

← The World was an Avocado: Hoxton children produce audio story anthology with Penguin and Ministry of StoriesMayor reaffirms housing pledge after sale of £1m homes in Hackney rises 1,700 per cent →