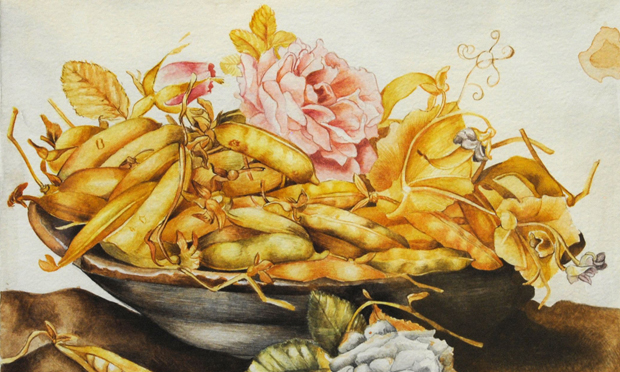 Last year Hackney Citizens, thanks to our dedicated restaurant reviewers and erratic but opportunist Roman legionary, highlighted the coming food trends for 2018: an explosion of spices, the apotheosis of vegan, the transmogrification of pulses, seeds and grains, and the whiff of new and old cooking techniques.

It’s Ras el Hanout with everything. A small pinch of the rose and cinnamon flavours of this adds a touch of mystery to everything from tomato soup to sherry trifle. Thanks to the Big Beasts in food writing we enjoy this and many other spice mixtures, without the reverential, almost archaeological, recreation of traditional recipes – like trying to pin down a definitive Moroccan tagine from the fluidity of local variations, or define a rigidly self-protective Italian pasta sauce (perfect spaghetti alla carbonara is not a religion for heaven’s sake).

Only in classic French cookery do we find deference to rigid definitions and their enforcement, but here in Hackney we are pragmatic, tolerant, subversive and a bit greedy. Exotic spices are now within our grasp, and the freedom to use and enjoy them is intoxicating, tempered by the experience of authentic spicy cuisines, from Sichuan to Ethiopia, Konya to Tokyo, Bombay to Naples.

This freedom has its most magical expression in the newly acquired glamour of vegan food, with its vibrant, crunchy, fragrant impact – with no claims at all to being healthier, or more virtuous than thou. It’s not trying to be clean, wholesome, or morally superior. It’s fun. (For the most part; of course the odd po-faced joint still exists.)

We have already noted how Mucky Eating in a messy pragmatic way is better for you than the doctrine of Clean Eating, a pernicious commercial exploitation of those with anxieties about who they are and what they eat, discussed elsewhere at length by Ruby Tandoh and Bee Wilson. Vegan can be mucky too, with lashings of rich oils and seeds, plenty of fried food, and gob-stopping combinations of various nut butters and avocado. 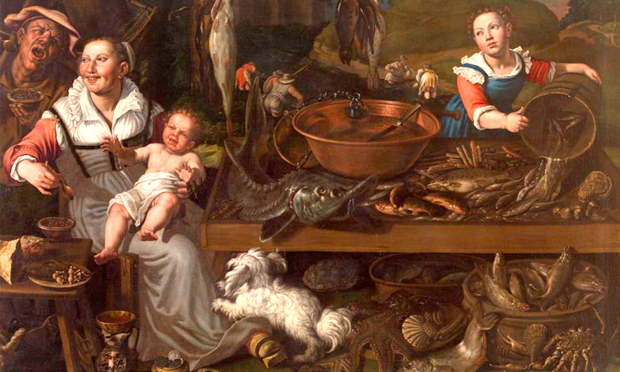 A spin-off from the vegan explosion is the rehabilitation of pulses and grains, and a renewed appreciation of nuts and seeds. No longer thought of as stodgy, worthy or dull, they have in fact been part of the Hackney food scene for generations. Old favourites – lentils, dried beans of many kinds, dried peas, lupins, grains like rice, wheat, oats, millet, and exotic newcomers like quinoa or chia seeds – find themselves lurking in ‘energy bowls’ with their nutty dressings. But this is not new.

The happiest marriage between pulses and seeds is of course Mediterranean hummus, where cooked chickpeas are blended with tahini (sesame seed paste), garlic, lemon juice, and olive oil. This has been around in Hackney for decades, and is one of the cheapest and most delicious dishes for which we are grateful to the Turkish community.

Some tins of chickpeas and jars of tahini in the kitchen cupboard, can sustain us as we shun the icy pavements and cold easterly wind.

Another standby is the Egyptian dish of ful medames, dried broad beans cooked very slowly until soft and melting, and eaten as Claudia Roden describes in one of the most evocative and touching passages in her book, Middle Eastern Food, with its warm-hearted mixture of traditional recipes and family reminiscences.

She tells how a group of homesick art students in Paris got together once a week and solemnly prepared this dish, using tinned ful, with some olive oil, a squeeze of lemon juice, with chopped parsley and the final touch, a hard-boiled egg crushed into the beans.

This nostalgic recreation of the classic Egyptian breakfast is still alive and well on the streets of Cairo today, where it is sold from huge teardrop shaped pots (in which the beans have simmered overnight) and eaten stuffed into pitta bread with salad and a hot sauce.

Broad beans have been with us for centuries. When young and still small, they can be eaten raw, with a fresh salty young cheese, and are a delicacy in Italy in early spring, when you can buy bundles of them to wash down with a fresh young local wine. When they have matured, it helps to remove the outer skin, and when old age sets in, the beans are dried and can be cooked slowly with or without previously soaking. Giovanna Garzoni painted these beans when mature, as were her peas (see main image at top of page). 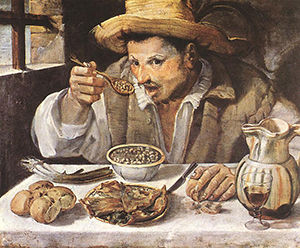 Beans from the New World arrived in Europe in the 16th century, and adapted well to traditional recipes, cooked in the same way as the native black-eyed beans in the painting on the right by Annibale Carracci in 1583, where a man with rather uncouth table manners is wolfing down a dish of beans as part of a far from rustic meal. The nice white tablecloth, maiolica jug of wine and the delicate glass, the good white bread roll, and what looks like a spinach tart, all seem to indicate a civilised meal, and the man’s well-laundered shirt contrasts with his battered straw hat and dirty fingernails. It is all very puzzling. Some have seen this as a self portrait, which adds to the mystery.

Detail from a genre scene by Vincenzo Campi, featured earlier on this page, shows a couple’s uproarious delight in the inevitable consequences of feeding their lusty infant a dish of beans.

The classic Tuscan bean dish, fagioli all’uccelletto, uses cannellini beans, simmered in water in a narrow-necked earthenware pot over a low heat. The shape of the pot, a bit like a Chianti bottle, is to minimise evaporation as the beans cook over a very low heat, and accounts for the alternative name, al fiaschetto. Elizabeth David seized on these beautifully proportioned pots and at one time they were the stars of her shop in Pimlico.

Used as we are to tender little green beans, brought fresh to our supermarkets from far distant lands (regardless of air miles and the minimum wage), or tiny small peas, shelled and with the living daylights boiled out of them before freezing (no fuss, no bother, no flavour), it is hard to imagine a time when peas and beans were rarely eaten young, but grown as animal fodder, or dried as provisions for the poor.

Dried peas and beans keep well and taste good. Erwtensoep, Dutch green split pea soup, is one of the many brilliant survivals of winter dishes that can be frugal or gloriously rich, depending on the meats you can afford, but traditionally always including a special kind of smoked sausage, rookwurst, (our local Polish shops in Hackney are a good source of smoked meats and bacon for this job), and celeriac, or celery root, to give both body and pungency to the soup – as well as leeks, potatoes, carrots, celery and onion.

Dutch friends who are fairly tolerant in their views on music and book design and the Common Market get really stroppy when it comes to erwtensoep. So whether to include garlic, herbs and spices is up to you.