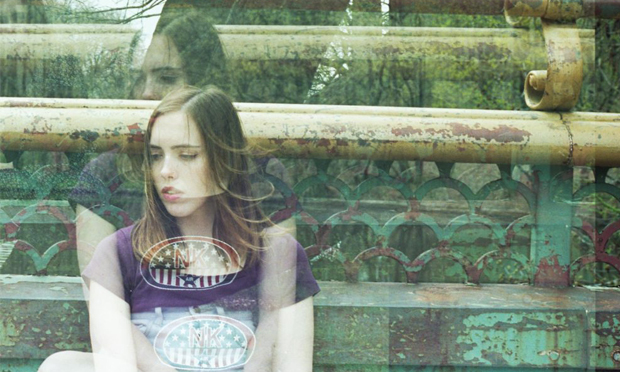 There are probably hundred of musicians in Hackney alone who dream of having the career arc of Soccer Mommy, aka Sophie Allison. Joining the symphony of online streaming service Bandcamp’s many bedroom musicians in 2015, she has parlayed the streams of early recordings like songs for the recently sad and songs from my bedroom into a big fat deal with label Fat Possum. This is not to diminish her work – Collection and its standout tracks like ‘Out Worn’ and ‘Allison’ add in a full band that Mommy doesn’t allow to step on the gentle toes of her songwriting, and her recent run of singles (trailing first album proper, Clean) showcase a new way with reverb and atmospherics. The twinkling gold backdrop of MOTH Club will be a fitting backdrop for this display of faded, big-hearted indie rock.

Waka Flocka got the ‘Waka’ in his name from comedian and Muppet Fozzie Bear’s trademark post-punchline exclamation, whereas the ‘Flocka Flame’ was a moniker bestowed by longtime friend, and fellow 1017 Brick Squad member, Gucci Mane. (The pair have since fallen out, buried their beef, and then fallen out again.) Some critics might point to the Muppet connection as further evidence of the childishness of his simplistic street-rap lyrics; he spits out confident, violent asides like a gangsta Oscar the Grouch, without any of the linguistic finesse some hip-hop heads demand of their rhymes and bars. It’s doubtful that Waka would give a shit about that – albums like Flockaveli and last year’s sequel rely on his unique delivery and frantic production to guarantee a more visceral impact. As perhaps his greatest hit confirms, Waka Flocka certainly does go ‘Hard in da Paint’. 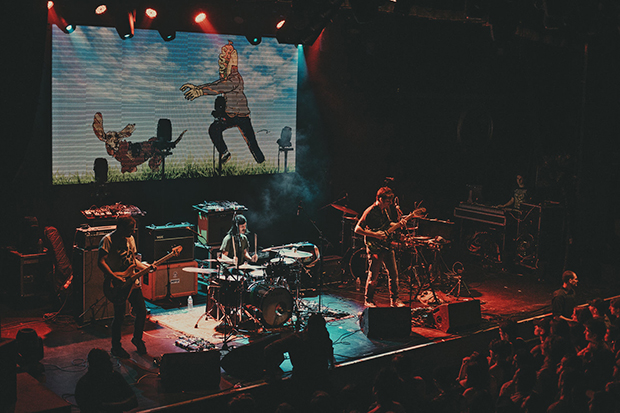 Sacramento, California three-piece Tera Melos seek to further complicate the already intricate world of math rock and jazz-influenced punk. Rather than, say, recording exclusively in a 9/8 time signature, their contribution to the genre has been to bolt their technical ability to pop sounds, emotive vocals and other strains of guitar music that don’t normally feature such fret-based fireworks and head-whipping rhythms. (Fans of 90s kids show The Adventures of Pete and Pete should definitely check out Tera Melos’ cover of the theme song, ‘Hey Sandy’ by Polaris – your correspondents own personal route into the band.) The band have had significant success since moving from their instrumental roots, headlining venues like Los Angeles’ The Smell and touring with forebears like RX Bandits and Melt Banana. Their UK tour is admirably wide-ranging – I’d venture that most UK bands will never wow Ramsgate or crowd-surf through Huddersfield – but thankfully they’ve made room for our corner of London.

Jeremy Ellis’ musical journey began sat at his childhood piano, but rather than moving into the classical music domain of his orchestra director father, the dexterity of his fingers has since been put to use on much more complex machinery than your standard upright. Or perhaps that should read Maschine-ery – Ellis’ primary tool is his Native Instruments Maschine. Ostensibly a ‘Groove Production Studio’, Ellis conjure up samples and bashes out beats from his box of tricks, as if he was standing in front of a pair of decks and a studio desk. He’ll easily destroy any preconceptions about samplers not being ‘proper instruments’ – he’s good enough to be in Philly legends The Roots AND for them to give him a solo in their gigs, for God’s sake! His own, clubby solo work is released under the name Ayro, but he’ll be going by his real name for this Haggerston show, so who knows what kind of wizardry he’ll demonstrate. 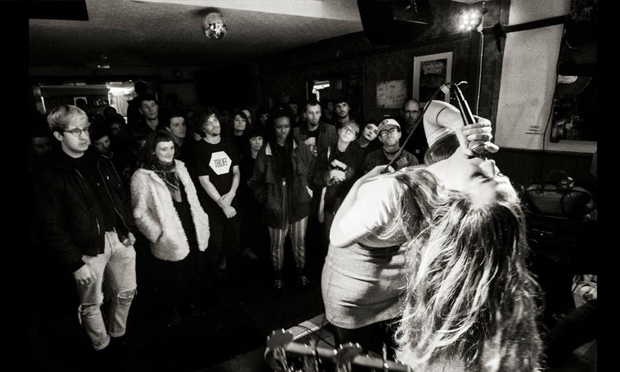 Lower Slaughter, in Gloucestershire, is one of this country’s more unexpectedly metal place names, along with Catsgore (Somerset) and rural Northumberland’s scary pairing of Flesh Shank and Devil’s Lapful. If the band Lower Slaughter were ever to play in the eponymous village, no doubt it would spook some wildlife, but their effervescent party riffing would probably win over a good proportion of the locals, drunk on barley wine (or whatever it is country people drink). The band are now split between Brighton-based instrumentalists and their singer, Sinead Young, living in Glasgow – adding a sense of occasion to their gigs that allows songs like ‘Bone Meal’ and the propulsive, ranty sludge of ‘Teeth’ (both from debut LP What Big Eyes) to simply sweep in, light the touchpaper and deliver some carnage.