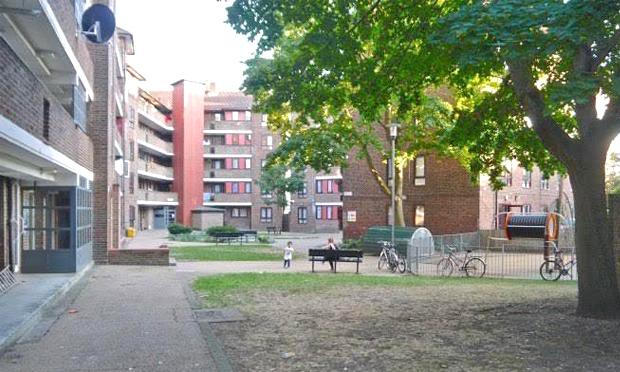 Residents of the Northwold Estate have secured a major victory after a year-and-a-half-long struggle with their landlord over plans to demolish half of the estate.

The Guinness Partnership wrote to tenants and leaseholders a fortnight ago to tell them it is no longer considering knocking down a large part of the Upper Clapton estate, as they had initially planned.

Now the housing association says it plans to build 100 new homes on disused land, leaving all but two of the existing homes intact.

The proposal is dependent on Guinness acquiring a small amount of land they don’t currently own and planning approval from Hackney Council.
Residents have welcomed the news but are concerned that Guinness have not finalised the plans yet and may come back with another set of proposals

Emily Jost, a leaseholder who helped set up the Save Northwold campaign, said: “Everything is still up in the air.

“There’s a chance that Guinness might come back to us with different proposals-involving demolition- if they don’t get the support they need from Hackney Council to go ahead.

“We find it very hard to trust Guinness after the last 18 months. There’s been so much uncertainty, Guinness are incredibly bad at communicating with us and they have neglected the estate.

“Your home is a fundamental human need and if it’s under threat, it feels like your whole life is under threat.” 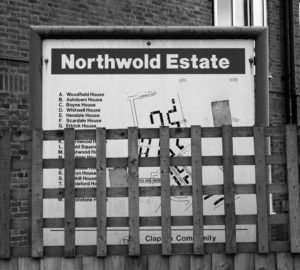 The Guinness Partnership took over the running of the Northwold Estate from Hackney Council in 2009 and announced plans for the regeneration of the estate in 2016.

The landlord outlined three options for its regeneration: demolition, partial demolition and “infill” of the large 1930s- era estate where rapper Professor Green grew up.

The last of these options would involve utilising available space to provide more housing without knocking down existing buildings.

Guinness launched an initial consultation on these regeneration options with residents in July 2016, with a second held shortly after in August of that year.

However, Guinness later admitted that partial demolition had been their preferred choice all along, after campaigners found documents from prospective contractors outlining work to fulfil that option pre-dating the consultation.

Residents feared that their community would be destroyed if Guinness went ahead with proposals for full or part demolition, which they claimed could amount to a “decade of disruption”.

They also criticised Guinness for neglecting the estate over the consultation period and failing to collect fly-tipped rubbish, encouraging businesses to leave waste outside the entrances to people’s home.

In June last year, Guinness launched a fresh consultation with four new options for regeneration of the estate. None of the new options involved complete demolition.

Until last week, residents claim they had heard nothing more about the landlord’s plans for regenerating Northworld since the latest consultation over the summer.

Following the announcement of the most recent proposals, a spokesperson from The Guinness Partnership said:

“We’ve listened carefully to what our residents told us and it’s clear there isn’t a shared view amongst residents about which option is best. So we have put together a new approach that we feel better reflects the feedback we’ve been given.

“This new option would create over 100 extra homes and only two existing homes on the whole estate would be directly affected. No other residents would be asked to move home.

“We will shortly provide residents with further details about the revised proposals.”