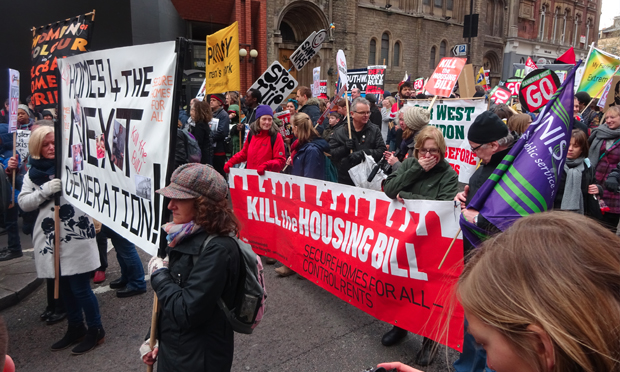 Anger: the government’s housing policies have led many to take to the streets in protest.

Peabody Family Voice (PFV), formed last month and based in Hackney, is opposing plans for Peabody and Family Mosaic to amalgamate following their merger in July 2017.

Family Mosaic tenant Charles Smith told the Citizen: “Like many, I have suffered over decades from the appalling performance of the repairs service, which amounts to systematic neglect.

“But the problem has got worse as the housing association has got bigger and become more interested in property development than its social tenants.”

PFV has written to Peabody’s chief executive Brendan Sarsfield to say it has no faith that the amalgamation – when two organisations form a new, separate entity – is in tenants’ best interests.

The group says it members “have suffered bitter decades of mismanagement within the housing associations as they have grown exponentially”.

But Sarsfield said in response that the merger process has enabled Peabody and Family Mosaic to “make improvements to our services, protect low rents and build more much-needed homes”.

He said there has also been an increase in customer satisfaction, but admitted “there is still some more to do”.

In a statement, PFV said: “The amalgamation of these two housing associations is not in our best interests. Each is already too large, remote, and unaccountable to its tenants. As they have grown, services have deteriorated exponentially, and this must stop.”

The group added: “Our housing associations have become too large, staff are inaccessible and their morale is low.

“Remote call centres and extended chains of communication should be abandoned in favour of being able to talk directly to housing and neighbourhood officers and repair teams.”

A spokesperson for PFV said members are also “extremely concerned by the trend towards increasing commercialisation of housing associations, and the weakening of their commitment to social housing”.

They added: “We oppose the selling-off of existing properties deemed ‘uneconomic’, and the extension of the right to buy.

“And we insist that the housing associations support the traditional values of social housing and oppose the government’s attempts to destroy them.” 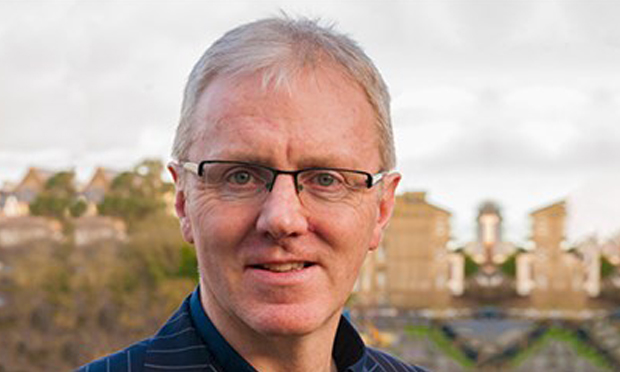 Responding to PFV’s concerns, Sarsfield said: “We started the merger process to enable us to make improvements to our services, protect low rents and build more much-needed homes.

“This includes more investment in repairs and maintenance and engagement with residents. Services to tenants are our top priority and we are focused on improving these across the organisation.

Sarsfield, who was Family Mosaic’s chief executive before taking over the reins at Peabody after last year’s merger, added: “We are also committed to providing more localised services. From reading the letter we appear to have the same goals as these residents.

“We completed our merger in July 2017. During our first six months as one organisation we have already made improvements and increased customer satisfaction, but of course there is still some more to do.

“I am sorry to hear about some residents’ concerns. This is the first contact we have had with them and we are happy to meet them to discuss their issues.”

The Peabody Trust was founded in 1862 by George Peabody, an American-British philanthropist whose vision was to provide quality, affordable housing for Victorian London’s working poor.

Peabody now houses around 70,000 people across the capital.