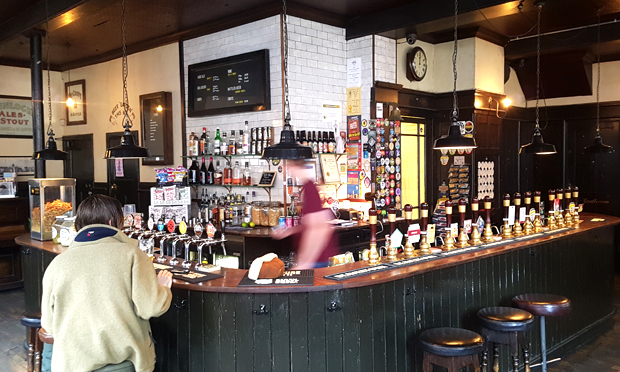 Beards and beers: The Cock Tavern “bristles with beard friendliness”

The fulsome of face-fuzz have spoken – The Cock Tavern and Clapton Craft have been named Beard Friendly Pub and Beard Friendly Bottle Shop of the Year respectively, it was announced on Sunday.

The Mare Street boozer took home the award, set up by the informally organised Beard Liberation Front (BLF), for the third time with a whopping 65.18 per cent of the vote.

Organiser Keith Flett lent his congratulations to the Cock: “The pub has a devoted band of followers who vote for them in the online poll.”

He added: “It is a pub notable for the number of hirsute customers it attracts, but also a range of beard friendly beers and ciders. The Cock bristles with beard friendliness.”

“Unfortunately, none of the bar staff at the moment have a beard, although Tim [O’ Rourke, Howling Hops master brewer] downstairs has a massive one.”

It was a weekend of big news for The Cock Tavern, as Her Majesty’s Revenue and Customs (HMRC) approved its plans to start microbrewing Howling Hops tipples in the pub’s basement again – the 2011 birthplace of the renowned Hackney brand.

The company says this will let them experiment with new combinations, using ingredients like fruit and foraged herbs, on a smaller scale than their larger premises and taproom in Hackney Wick. 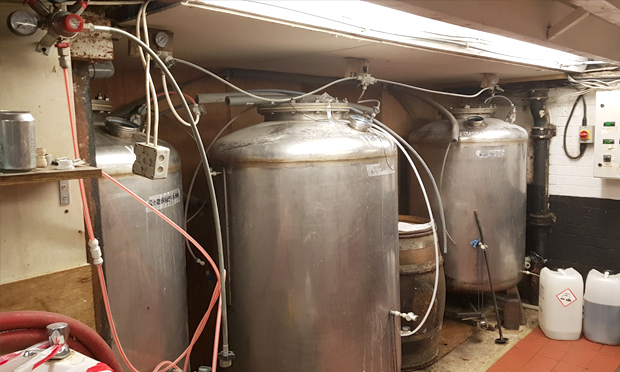 Tanks for the memories: Howling Hops has set up again in the bowels of The Cock Tavern

Reflecting on the fifth-annual awards, Flett was keen to stress that while a beard-welcoming attitude and CAMRA-friendly beers are a must to qualify, beardiness is more a state of mind:

“I know we focus on beards, but the awards is really about promoting diversity. We don’t want to see a pub with old men sitting around moaning – we want to see a diverse clientele, and The Cock is a good example of that.”

Bristol’s Bag of Nails and Peterborough’s Stoneworks finished second and third in the pub category.

Still undecided is the BLF’s ‘Beard of Winter’ poll, which “focuses both on fuller, organic beards, suitable for winter weather – but also on beards that have made an early New Year impact in the public eye.”

At time of writing, Mark Gatiss is in the lead in this poll, trouncing nominees like Prince Harry and footballer Theo Walcott.

The BLF has also accused Theresa May of pogonophobia – the fear of beards – as her newly-shuffled Cabinet has just one bearded MP, Scottish Secretary David Mundell.

← You, Me, The World and Hackney Wick: new play at The Yard explores the history and future of E9Stoke Newington parents slam council’s ‘scandalous’ traffic plans →