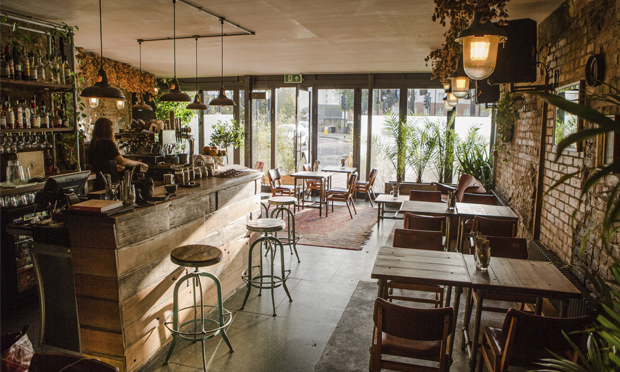 When I hobbled through the door of Well Street’s new “medicinal vegan cafe and bar” Rehab, I was in urgent need of some good tidings and good health.

While my body was full of the usual painkillers and mucokinetics, they were unable to penetrate the cotton-wool of my cold-ravaged cranium. You may think this is typical man-flu mithering from a feeble hipster, but you’re wrong, so swivel.

Rehab are all about the potential health benefits of their menu, which was designed by Australian Sally Gordon. Perusing their website beforehand, it’s easy to develop worries that Rehab is one of those places, where the ethos comes before the enjoyment and dinner is a single grain of cracked bulgur wheat.

Rehab isn’t one of those places, and all the better for it. Its home is the bar formerly known as Machine No. 3 – I reviewed pop-up Pretty F*cking Good Toast there last year – and very little has changed about the cosy, brick ‘n’ sofas interior. (Rehab is managed by the same team.) 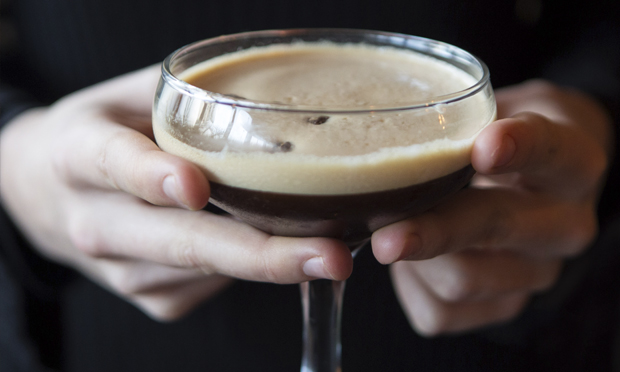 With the drinks order came my first chance to stave off the evil lurgy. Me and my dining companion (also illin’) went for one booze option, one teetotal. The latter was even called the Flu Fighter, and its mixture of lemon, hot water, apple cider vinegar, fresh turmeric, fresh ginger, cayenne pepper and maple syrup is a tonic you could make at home of course – but Rehab’s take is put together so well that it becomes a kind of witchcraft, with an immediate effect on our ailing throats.

Our favourite drink, though, was the MCT Espresso Martini – it’s pharmaceutical name comes from the MCT oil added in to “[promote] longer lasting energy, mental focus, cognitive function, weight loss and [support] your hormonal system”. I was expecting something akin to the “speedy coffee” that Diego Maradona claims to have been given before the ‘94 World Cup play-offs, but what I get is a sweet, smooth take on the now-imperious cocktail.

It actually tastes a little like McDonalds’ chocolate milkshake – I intend this as high praise, particularly as the Martini has vodka and delicious coffee in it rather than maltodextrin and ‘vegetable gums’. Other drinks include the hot chocolate analogue Magic Cacao (which features reishi mushrooms, which fortunately you can’t taste), and the Passion cocktail – a mixture of a gin and tonic and a delicious passion fruit tea. 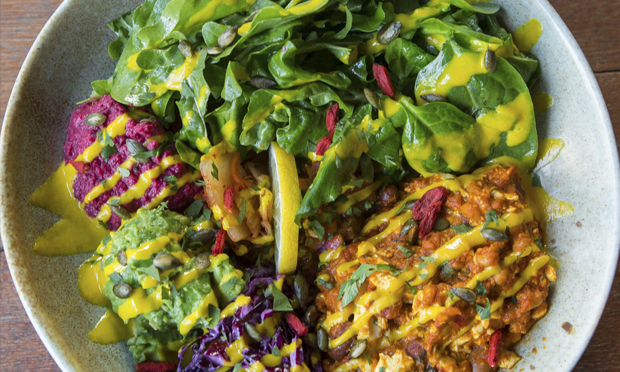 We snacked on chips and dip while waiting for our mains – a dish which proved that nachos don’t need plasticky melted cheddar if the guacamole is bang on.

Out of a desire to throw everything but the kitchen sink at my tragic cold (as well as sheer greed) I decide to order the Rainbow Bowl. Bowls and open sandwiches form the basis of Rehab’s day menu, with my partner opting for a special from their night menu (which also features hot-pot, wraps and pasta, all for around the tenner mark). 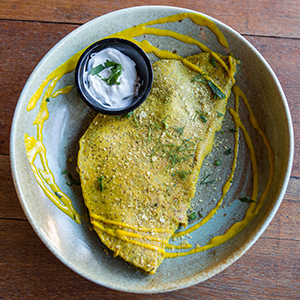 The other bowls, the Mexican and the Turkish, are more specialised, but the Rainbow is a vibrant mixture of all sorts – there’s piquant scrambled tofu, earthy beetroot hummus, even kimchi, all dressed with a drizzled tahini turmeric dressing (is tumeric the new paracetamol? A subject for a think-piece perhaps) that successfully unites the components. All bowls are £11.

My partner’s special was buckwheat pancakes with the aforementioned kimchi – vegan kimchi much mellower than its anchovy-laden standard – and a tangy cheese-like sauce that tasted stronger than it looked. The pancakes were probably the most indulgent thing on the menu but even so were light and crispy, with an excellent vegan sour cream on the side.

As I write this, I’m still a bit gross and cold-y, despite Rehab’s best efforts. But my body is crying out for more healthy helpings from the Rehab kitchen – so whether you’re an antioxidant addict or just someone looking for some satisfying vegan grub in a laid back bar setting, it’s well worth dosing yourself up here.