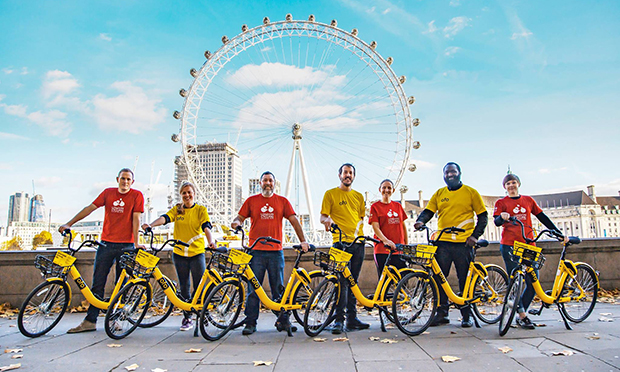 Dockless bike firm ofo has defended its Hackney scheme following complaints on social media that the bikes are being vandalised and stolen.

The company admitted it has faced “challenges” after releasing 200 of its yellow two-wheelers in the borough in September, but says the majority of its bikes are treated “responsibly”.

In October, one regular user claimed the scheme was “falling apart” in its infancy, with bikes “constantly being trashed or dumped in bins”.

A spokesperson said ofo’s fleet in the capital has since increased to 1,000 bikes, covering Islington and the City of London as well as Hackney.

It has also expanded its team of marshals, who look after the bikes on the ground and are paid London Living Wage, from 16 to 23.

But claims of misuse are still rife on the company’s social media feeds.

Two Twitter users recently posted a picture of an ofo bike in a canal, and another shared a photo of a lock that had been broken off.

Lenny Martin tweeted to say he had “wasted another half an hour last night trying to find an ofo bike”, adding: “There is literally no way people aren’t keeping them in their houses.”

Wasted another half hour last night trying to find an @ofo_bicycleUK in Hackney. Literally no way people aren’t keeping them in their houses

Would like to thank the people @ofo_bicycleUK for providing the kids of #Hackney with free bikes just before Christmas 😂 https://t.co/TkvtWAVfBG

ofo could not tell the Citizen how many of its bikes are currently in use in the borough, with a spokesperson saying: “Our bikes operate in a single zone – Hackney, Islington and City of London – and people can pick them up and drop them off anywhere within that contiguous area, so the number in any one borough at any one time is constantly changing.

“We have 1,000 across the zone so it’s an increase from when we launched in Hackney in September.”

Other social media users defended ofo, with various Facebook commenters calling the scheme a “brilliant idea” and one already planning to get on one of the bikes to burn off their Christmas dinner.

Last month, the company announced it had partnered with London Cycling Campaign (LCC) to help “slash pollution, ease congestion and boost health” in the capital.

LCC chief executive Ashok Sinha said at the time: “It’s hugely exciting for us to be partnering with an innovative and responsible company like ofo.”

The firm also installed a bay outside Homerton Hospital this week.

Joseph Seal-Driver, ofo’s general manager for the UK and Ireland, said: “Hackney was our first launch in London and we’re encouraged by how popular the bikes have been with locals.

“Having a successful scheme running in Hackney has been the cornerstone of our expansion into neighbouring Islington and the City of London.

“While the vast majority of our fleet in Hackney is used in a responsible and considerate manner there has inevitably been a small amount of misuse.

“When this occurs our dedicated team of marshals respond swiftly. Damaged bikes are taken to bike shops for repair and missing bikes are tracked down using the built-in GPS trackers and recovered.

“We’re working closely with the council to ensure our service is as robust as possible. We have 23 ofo marshals on the ground across London and are actively recruiting more.

“We will also be upgrading the security on our bikes in coming days to minimise vandalism.” 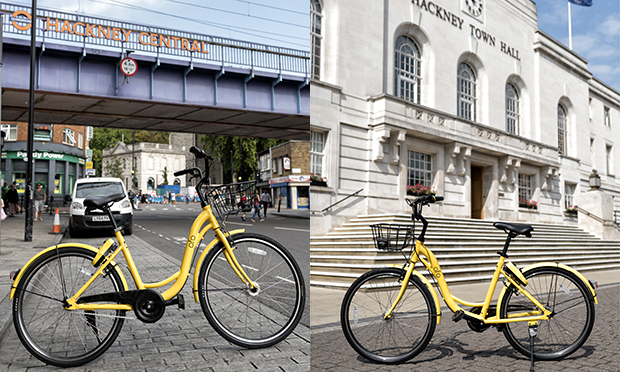 Hackney Council, which has a one-year trial agreement with ofo, stood by the partnership.

Neighbourhoods and transport boss Cllr Feryal Demirci said: “We are aware that there has been some antisocial behaviour and we are working closely with ofo to prevent this from taking place.

“We chose to partner with ofo as they have shown they are a responsible provider and are working hard to address issues raised.