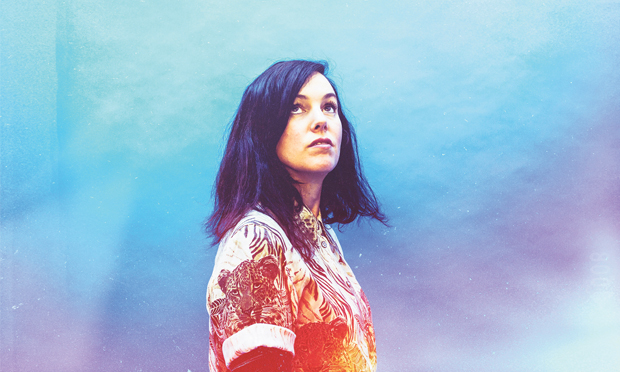 Brighton’s FatCat Records snapped up Shopping in the summer of 2015 to re-release debut Consumer Complaints and provide the masses with sophomore effort Why Choose? And it’s no wonder they did, given the DIY pedigree of guitarist Rachel Aggs (also of Sacred Paws, who we named as a highlight of Hackney’s recent Visions Festival, as well as Trash Kit and Golden Grrrls) and Andrew Milk (drummer, drag performer, and booker at legendary Dalston music venue Power Lunches.) Given the afrobeat influence on their wireframe, four-to-the-floor punk, this gig might be a nice follow up to Labet’s Highlife Soldiers art show, featured in this month’s East End exhibitions.

Anna Meredith is a contemporary composer and multi-disciplinary artist who’s full of surprises. (I recently discovered that Frank Skinner is an unlikely fan, and strides on stage to the overwhelming, rising throb of her track ‘Nautilus’.) Her maximalist synth ‘n’ bass is topped with organic bells, whistles and tricks, over which her voice (which she self-critically likened to a “five-year-old boy’s voice” in a recent Guardian interview) soars with gay abandon. Support comes in the form of fellow electronic maverick Sir Was and a DJ set from Lonelady.

Milwaukee’s Juiceboxxx has experienced more extreme highs and lows than contained in your average rap career – he’s toured with Public Enemy, and yet was called the “worst rapper ever” after a highly meme-able appearance on local TV, which showcases some regrettable mic technique and nervy flow. Perhaps this is why he’s a Freaked Out American Loser – or perhaps this is merely the title of his latest album. Either way, he’s professionalised a tad, and now has a full band rather than an iPod. He’ll bring them to dayglo sweatbox the Shacklewell Arms in Dalston – the perfect venue for his bratty rock-rap.

I think I can count the number of three-act bills where every band was a smash on no hands, but this gig at the pub-venue at the end of Dalston Lane is set to challenge this unbroken record. We have Cosines’ magnetic indie pop. (They’ll play tracks from forthcoming untitled LP and debut album/demonstration of synth-mastery Oscillations.) We have Schwervon! with some two-piece guitar-pop clanging and sweet, sweet harmonizing. And we have Bob Nastanovich of the seminal Pavement (whose influence on Schwervon! Is beyond obvious) – he may well be doing it because he ‘needs a stack’ but by all accounts a good-time DJ. All together, it’s gonna be a night far beyond the average triple-header at the Dublin Castle.

Kalim Patel and Amer Chadha-Patel grew up in awe of the characters lauded in their unique band name: confident, independent women carving out their own identity in 80s England. Josh Stadlen (or ‘Rogan’ Josh) rounds out the trio. Just as in their origin story, there’s a playful lightness of touch in their tunes – for example, it’s joyful hearing Kalim’s slightly nerdy voice tackle the soulful syllables of their cover of En Vogue’s ‘Don’t Let Go’. This is party music with wit, charm, and sophistication – and their gig at Hackney Central’s OSLO will be the perfect way to keep warm as we move into December.