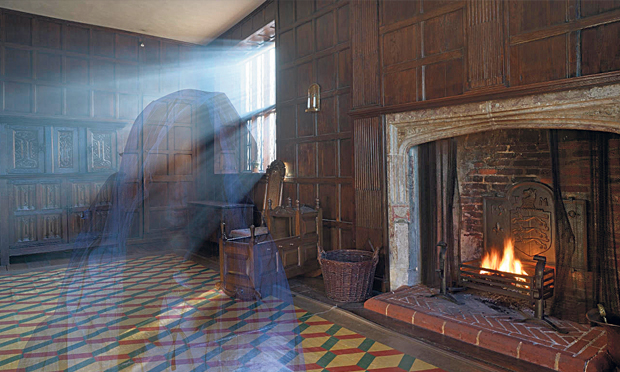 Whether you’re a true believer or a Scully-esque skeptic, everyone can agree that Hackney must be as full of ghosts as anywhere else.

For the wannabe Derek Acorah, there’s no more appropriate place to set off ghost-hunting in the borough than Sutton House. The oldest residential building in Hackney supposedly has plenty of spooky inhabitants, with leases stretching into the everafter.

Enough, in fact, for the property to have its own Ghost Investigations Team, who provided the Citizen with a wealth of information about the phantoms said to reside in its many oak-panelled rooms.

The most famous is the White Lady, whose “misty figure has been seen passing through” the buildings oldest parlours.

This is believed to be the ghost of Frances Machell (née Cotton), the wife of wealthy wool merchant John Machell the Younger, who lived at Sutton House from 1550 (only 15 years after it was built) to 1558.

She died while delivering two twins, and now supposedly manifests as a hovering apparition, crossing the paths of those brave enough to spend the night at the Grade II*-listed mansion on Homerton High Street.

Another lady ghost, this one in a blue dress, is said to wake people in the dead of night by shaking the bed, which must be annoying. 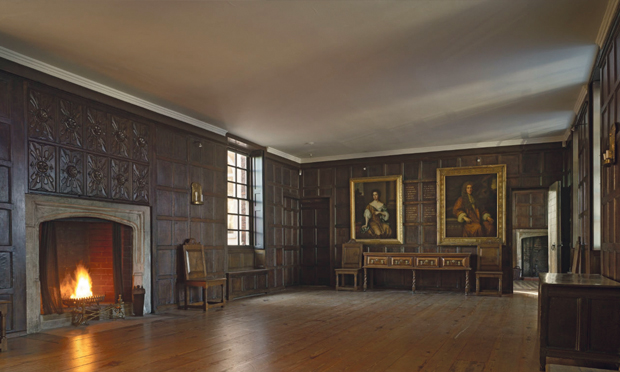 The junior John Machell, rather than hanging out with his wife, spends his time as a ghost in Sutton House’s great chamber, rattling around in a fury with his wolfhounds.

“He is distraught and more than a little angry that his business dealings have cost his family’s its wealth and lost the house,” say the Ghost Investigations Team, and who am I to argue?

Timothy Ravenhill and George Garrett lived in Sutton House’s two halves from 1752, the year it was split.

Despite their shared Huguenot ancestry, they’re regarded by the house ghost team as “an unhappy pair, prone to bickering and arguments…each may have regarded the other as ‘the neighbour from hell’”. They supposedly continue to fight, in the building’s East Cellar (now the Chapel).

Returning briefly to Mr. Acorah, Sutton House did actually play host to the Most Haunted TV crew, with boy-band singer and noted parapsychologist Lee Ryan from Blue in tow.

(“I’ve actually gone ghost-hunting before, in graveyards, and I’ve gone with my camera, and asked them to show me themselves,” he explains ominously in the 40-minute spookfest.)

The episode sees Ryan, his mother Shelia and the team blundering around in trademark low visibility, encountering temperature drops and thrown stones, and trying to provoke the spirits into moving the ‘All Rise’ singer’s scarf a bit. 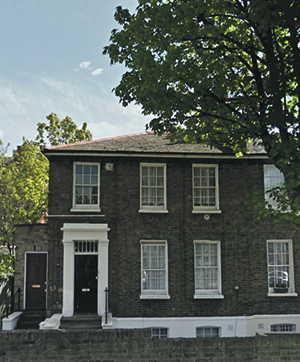 This isn’t the first time that such inquisitive types have come to Hackney in search of the truth that is no doubt ‘out there’.

The Dalston Association of Enquirers into Spiritualism started meeting weekly at 74 Navarino Road in 1865, and quickly established itself as one of the preeminent organisations in a movement which totally captivated Victorian imaginations.

A regular attendee was William Henry Harrison, who went on to launch The Spiritualist newspaper and co-found the British National Association of Spiritualists.

Meanwhile, the Dalston Association’s secretary, Thomas Blyton, was cultivating a teenage protegee, also from Hackney, who said that she received a “spirit message” to join Blyton’s society.

This young woman, Florence Cook, would go on to be at the centre of a scandal that shook Victorian spiritualism to the core. 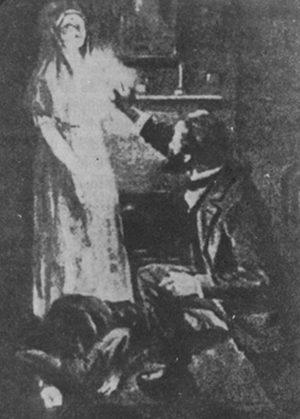 Learning under an established medium, Frank Herne, Cook eventually became able to summon up a full body spirit, named Katie King, at will.

She would go into a ‘spirit cabinet’, or behind a curtain, and after 30 or 40 minutes the pallid Katie King would appear, dressed all in white – guests could even touch her as she mingled with the living.

The fact that Katie King looked strikingly similar to Florence Cook concerned some, of course.

Scientists like Sir William Crookes (who produced the ‘photo’ of Florence, Katie and himself, right) attended seances at the modest Cook family home in Hackney, trying to get definitive proof that they were two separate entities, or indeed not. One Russian investigator even grabbed a lamp and rushed behind the curtain, only to find Florence Cook still there, bound and tied down as she was before the seance.

Unlike her mentor Herne, no one was ever able to conclusively prove fraud on the part of Florence Cook. Perhaps they should get Lee Ryan on the case?

Sutton House is running a ghost-themed half term this year called “Four Legged Phantoms and Other Sutton House Ghosts”, which runs from 25 to 29 October

← Frau Welt becomes Hackney Showroom’s first star of the stageTurn up for the books: we look forward to an eventful October for Hackney’s independent bookshops →